Top Posts
The Best Ways to Manage a Selfish Employee
How to Help your Business Grow Quickly
CBD Hemp Smoke Cigarettes: Are they Safe to...
Capsules of the Delta-8: Frequently Asked Questions
How Do Delta-8 Gummies Gain Popularity?
4 Ways to Make Your Vacation More Exciting
Why Branding Is Important For Your Business
How will an Amazon Consultant Help you Boost...
The 3 Best Ways to Protect your Apartment...
Top Tips on a Successful Online Product Launch
You are here Home » Apple » Apple’s Oct 27th Hello Again: Expectations on the new MacBook to be unveiled
AppleEvents

Apple’s Oct 27th Hello Again: Expectations on the new MacBook to be unveiled The countdown is down to less than three days before the kickoff of Apple’s Hello Again Mac event slated for this Thursday, Oct 27th. Innov8tiv has endeavored to sort the opinion of enthusiasts, experts, and people privy to the matter on the possible things to expect at the Apple Hello Again event. They are as follows:

The next generation of MacBook will see the introduction of a radical hardware change since Apple introduced Retina display in 2012 on the MacBook Pro. The Mac to be launched on 27th is believed will come with an OLED Touch Bar, making the first Apple notebook ready for its recently released operating system, the MacOS Sierra.

No conventional USB Ports and No Headphone Jack

The next generation of MacBook Pro, as said by Ming-Chi Kua, a KGI Securities analyst “the MacBook line is the brightest spot for Apple’s 2016 rollouts. This is particularly true of the two new MacBook Pro models, to be introduced in 4Q16, as they will have a thinner and lighter form factor, Touch ID, use OLED display touch bar; to replace function keys, located above the keyboard, and adopt USB-C/Thunderbolt 3.” Apple could get rid of the traditional USB Type-A ports and replace it with USB-C ports instead. The Mac will also feature some Thunderbolt 3 ports that will both power and connect the computer to peripherals. Just like they did with iPhone 7 and iPhone 7 Plus, Apple could get rid of the headphone jack too in the Mac to be availed at its Hello Again event. These changes could make the next generation of Mac the most versatile computers from Apple yet. Making them usable without an array of dongles connecting to it to get a job done.

One of the earliest rumors about the Mac to be debut this Oct 27th indicated that Apple will merge the trackpad and keyboard into a single ‘Fusion Keyboard.’ However, doubts have been cast to those rumors, by more recent rumors that suggest that the company could integrate E-Ink technology into the next generation of Macs. 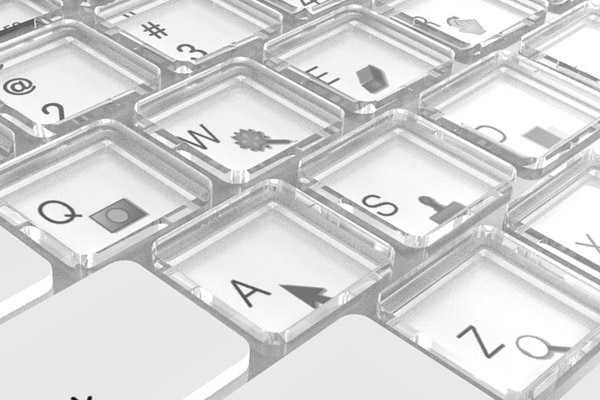 Ideally, the E-Ink keyboard will enable users to change key labels and language on the fly. Switching from one language to the other would be swift and easy; even the keyboard could switch from English alphabets to Mandarin after some language/region settings configurations.

However, the E-Ink keyboard seems like overstretched assumptions, given Apple only recently engaged with Sonder (a company producing E-Ink keyboards). So the prospects of Apple’s computer with E-Ink seems more likely in 2017 going forward, than as soon as October 2016.

Macs have been pretty solid computers for getting your work done, but it has not scored so impressively in the gaming department. That may about to change, as rumors indicate the next MacBook (with 5K Display) will come with integrated AMD Polaris graphics chip.

40 Alternatives to College: How to Be Successful Without Going to College