Top Posts
Measures To Prevent & Combat Ransomware Attacks In...
The Many Sides of Digital Marketing: What Every...
Customer Segmentation Platforms and How They are Disrupting...
Amazing Ideas that will Help you Make your...
3 Types of Harassment to Watch Out For...
Basic Ideas to Make Your Business Stand Out...
What to Consider When Buying Air Filters?
The Best Ways to Manage a Selfish Employee
How to Help your Business Grow Quickly
CBD Hemp Smoke Cigarettes: Are they Safe to...
You are here Home » Tech » Apps and Software » Avast Warns Android Devices Users Not To Install These 3 Apps From Google Play Store
Apps and Software Google Play Store has grown to become the leading apps store for smartphones users. This is largely due to the confidence it has established of itself among users as a secure and highly monitored app store. Thanks to Google Play Bouncer and Google Play built-in malware scanner. But, if the reports coming from Avast, the antivirus software developer, is anything to go by, then users will be shocked. 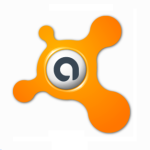 Avast has singled out three particular apps: the Durak card game, Russian History app and an IQ test app. These three apps are said to be containing malware, fashioned to become an adware. Up to until this revelation, these three apps were still available for download from Google Play but have since been suspended.

Avast first came to learn of this adware, after a user of its antivirus software posted on its Avast Forum. The user named Andrei Mankevich says that he discovered at least a dozen of similar ‘dangerous’ apps that come integrated with the same type of suspicious ad SDK. This is shocking as all of these ‘dangerous’ apps were readily available for download from Google Play.

Mankevich writes, “I’ve found a dozen of apps in Google Play with same malicious ad sdk integrated. Each time you unlock your device the app will open ad url in background or show interstitial ad over the screen…

Ads are not shown directly after install, app keeps silence for some time. You need to follow several steps to see it: Install the app, Launch it once, Reboot the device, Change system date on device to 7 day in future or further, Reboot it again. Now each time you unlock your device the app will open ad url background or show interstitial ad over the screen.”

According to Mankevich, these apps installs on your devices as you would normally expect them to. The adware then waits in silence for a couple of days or even weeks before starting to show itself. Avast says some wait up to until 30 days have passed before showing their true colors.

If the user clicks on the warning message that pops up, s/he will be redirected to a fake and malicious page that can steal private information.

Another surprising thing about some of these messages is that they can redirect you to security apps pages on Google Play. This is a trick meant to deceive the user into downloading the given security apps that are in reality useless in removing the adware.

Chtry said, “This kind of threat can be considered good social engineering. Most people won’t be able to find the source of the problem and will face fake ads each time they unlock their device. I believe that most people will trust that there is a problem that can be solved with one of the apps advertised ‘solutions’ and will follow the recommended steps, which may lead to an investment into unwanted apps from untrusted sources.”

9 Women Who are Revolutionizing Field of Communications