Top Posts
How COVID-19 Impacts CCTV Operators
Five Technologies Your Business Needs to Adopt
Top innovative Cars made in America
Is It Safe to Buy in AliExpress?
What Is Usenet? Exploring The Only Unrestricted Online...
What to Do When Your Tech Start-up Is...
Three Reasons Why You Should Consider Destiny 2...
What Type of Dresses You Should Definitely Possess?
You’re Starting A Business: Have You Thought Of...
Microsoft teams up with Intel to block Cryptomining...
You are here Home » Tech » STEM » The average Kenyan farmer is 63-years-old; Government wants to make Agriculture compulsory in Schools to lure Youths
STEM

As a Kenyan, I know it is a fact that the youth shuns agriculture, and the thought of being a farmer is looked at as the ‘plan-Z.’ The go-to plan, when all avenues to making it in life have failed miserably. Doing agriculture is just not that cool to many youths.

However, when you think about it, Kenya and Africa’s population is growing fast. Meaning that is a lot of mouths to feed, and demand for agricultural products is also steadily on the increase. On the other side, blue-collar jobs are hard and getting even harder to come by. There are hundreds of thousands of graduates coming out of the institutions of higher learning every year, but employment rate is a far cry from this figure.

So when you think about it carefully, the agricultural sector that is being shunned by many youths is actually getting a lot of demand, but there is just not enough human labor. The little there is is from the senior citizens who practice outdated, inefficient, and ineffective agricultural practices. So naturally, there is going to be a food deficit. 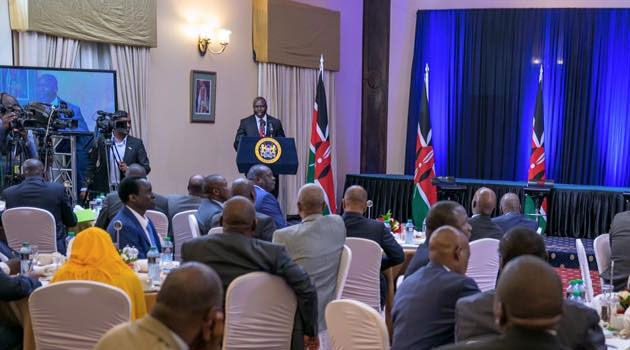 “Kenya is reasonably food secure because if we don’t have all the foods we require we have the capacity to buy it and avail it to our people. But food self-sufficiency is a different story. Look at rice, we have enough rice in the country, but we don’t produce enough of it here. We have wheat, but we don’t produce enough of it in the country forcing us to import Pakistani rice and the like,” said Agriculture Cabinet Secretary Willy Bett at a State House Summit on Agriculture yesterday.

To change this, the Ministry of Agriculture is in talks with the Ministry of Education to make Agriculture a compulsory subject in both primary and secondary schools in Kenya. The Ministry wants to make agriculture a cool thing that the youth would want to pursue both academically and as a career. On top of just making it cool, the Ministry also has a road map to availing credit facilities to fund ventures of such youths that pursue agribusiness.

“We want to do attitude change. We want to link young people to finance,” said the CS. “We want models which do not require young people to produce securities, so long as the business plan is making sense, they should access credit.”

From an economics point of view, all projections point to an increasing (not just Kenya, and Africa population) world population. Therefore, it does make economic sense to pursue agribusiness; using modern farming technologies and practices. Blue-collar jobs will get even harder to come by considering just how many students (both in public and private universities) taking courses that make them employees as opposed to becoming entrepreneurs.

Agriculture is one of those courses that are actually creating entrepreneurs. Sadly, not many youths want to be associated with farming. Leaving the trade to retired grandpas and grandmas living upcountry, while the youth go to urban areas tarmacking (endless search for job) for blue-collar jobs that may never come.

Google is working on a New Operating System Fuchsia; it’s not Android or built on Linux Kernel