Top Posts
How to Develop a WordPress Theme Using Bootstrap
Dominate The Local Market: 6 Tips for Small...
8 Ways to Transform Your Wellness Routine
Now that Sports Betting is Legal in the...
Finding the Right Company for Your Business GRC...
Why is PPC Important for Digital Marketing Strategies?
Planning a Business Trip
How To Promote Your Online Start-Up
The Skills you Really Need to be an...
5 Payday Loan Alternatives You Might Want to...
You are here Home » Tech » Apps and Software » Best Apps For iOS 8 You Must Install Right Now
AppleApps and Software

Best Apps For iOS 8 You Must Install Right Now

Best Apps For iOS 8 You Must Install Right Now

Apple has presented the biggest update to its operating system recently in the form of iOS 8 for mobile platforms. It contains plenty of innovative features and customization options that iPhone users dearly desired for. Previously, users had to apply jailbreak feature to make the best use of their devices. Now, Apple has offered the official way of fulfilling your wishes. iOS 8 provides more flexibility for third party developers. This article highlights some of the best iOS 8 apps that utilize the features of Apple’s devices in the optimized manner.

The iOS 8 version of 1Password allows the users to fill the log in credentials from third party apps as well as from Safari. 1Password also takes advantage of the Apple’s Touch ID system so that users can easily unlock their password vault with the help of a single tap. 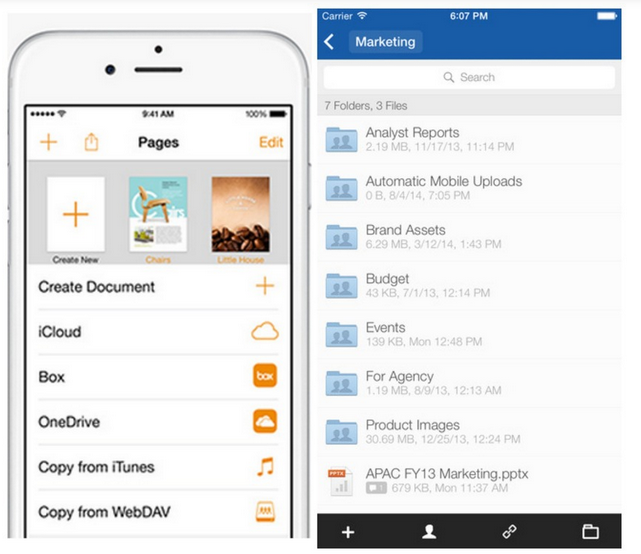 The updated version of the app is completely free. However, some in-app purchases are available if you want to try premium features.

The Box’s extension is quite useful for sharing the content between the app and other productivity apps like text reader, and a photo viewer. For example, you can use the Box app to open a document in a text reader and make all changes there. The same principles are applied for the photos and other file types. All the changes can be easily synced with Box. The latest app from Evernote for iOS 8 provides an extension that can be used in Safari for saving documents, photos, and web pages as notes. It is also available as a widget that allows the users to swiftly create notes from within the notification center. The premium users can also use the Apple’s Touch ID on the password protected accounts. It is one of the most useful iOS 8 apps for serving the purpose of “read it later” on Safari browser. You don’t have to rely on the bookmarklet for sending articles to your account now. You can conveniently share the stuff you are reading to other apps like Twitter or Evernote with the help of a single touch. The app also takes advantage of the iOS 8 handoff features so that you can easily switch between iOS devices without losing your place. Instapaper has now got its own extension in iOS 8. This wonderful iOS 8 apps allows the users to save the content of any app to their accounts. The extension also contains the “Today” option that shows the content saved on a particular day within the notification center of your device. iOS 8 apps are still in their initial stages. As the time goes on, you will certainly see more attractive and innovative apps for users.