Top Posts
Dominate The Local Market: 6 Tips for Small...
8 Ways to Transform Your Wellness Routine
Now that Sports Betting is Legal in the...
Finding the Right Company for Your Business GRC...
Why is PPC Important for Digital Marketing Strategies?
Planning a Business Trip
How To Promote Your Online Start-Up
The Skills you Really Need to be an...
5 Payday Loan Alternatives You Might Want to...
Top Tips for Streamlining your Startup
You are here Home » Tech » Gadgets » The De•Brief: In a Chocolate 3D World…
GadgetsHardwareTech

We’ve made it over the hump to the promised land of Monday. Don’t show up to the water cooler, brunch or a dinner party empty-handed empty-minded. Here’s a recap of everything you need to know, or may have missed, about everything innovative and relevant from the past week. This is your week in innovation, carefully reviewed and curated for you.

“You can have anything your heart desires”, is such a bold statement that rarely ever lives up to the promise in the real world. But, recent innovations in technology are turning non-believers into full-blown evangelist-techies, slowly but surely. The recent innovations I’m referring to revolve around 3D printing.

If you don’t know what I’m talking about when I say 3D printing, let me break it down for you. 3D printing, also known as additive manufacturing, is when you make a three dimensional solid object from a digital model. If it still seems a little complicated, this should make it easier to understand: there is a ball on your computer monitor, you hit print and that ball is made right in front of your eyes. Some folks compare it to the traditional machining processes that make things like toys or other plastic/metal objects; it’s similar, but traditional machining relies heavily on pre-existing molds, drilling and cutting—3D printing relies heavily on pure imagination and a digital model.

When you consider the amount of time a new technology stays “hot”, it’s easy to put 3D printing into the old news box. If you take into consideration the fact that a consumer-price-friendly model has not resurrected yet, it’s easy to put 3D printing on the sidelines and wait patiently for it to blow up, in a good way. The longer it takes, the more time tech companies have to iron out the kinks and figure out the insights that will make it make 3D printers more marketable to the everyday person. 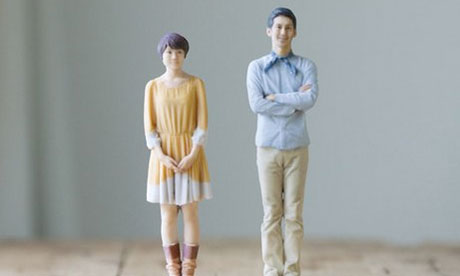 Since it’s debut, it’s received some press, but this week it received a boost that will probably put it on someone’s Christmas list this year—Hershey’s is teaming up with 3D systems, a leader in 3D printing, to develop a printer that will make edible chocolate objects and other things that you can eat. Let that marinate.

If you’ve followed tech trends for the last twenty years, then you know ease is king and accessibility is queen, when regular folks are dreaming up new ways to build capital. If it’s easy enough to follow a YouTube tutorial and they are able to purchase the tools in at a real world price point, it’s bound to catch on. Let’s review the rise of the internet celebrity, a few of the categories they’re famous for and the technologies/ digital tools that helped them along the way: apps, software, digital fabric printing, sewing machines have helped fashionistas build mini fashion empires—just look at all of the digital products that have been on Project Runway in the last couple of years; indie artists and everything music in the last ten years—all you need is a laptop, a microphone, a camera and an internet connection to become a YouTube star and possibly the next Justin Beiber. Ok, I’m done reviewing, because you saw where I was going and probably got there first.

3D printing is prepping to throw a wrench into industries that rely on artisans that use their hands for their trade—basically everything physical—and like everything in this world, it’s a catch 22, you can either get with it or get lost. History has proven that those who don’t adapt end up crying in the loser pit, sooner or later.

In the last year, we’ve seen a 3D-Printed book slipcase; Adobe added a 3D printing tool to Photoshop; a 3D printer inject sculptures with Jell-O shots; action figures with your face; a giant printer that can print 10 items at once; 3D printed food; and 3D printed clothes. I’m sure there are a few more that are lurking around, but you can see where this is going, and it’s getting harder to keep up with the news. 3D printers can be a game changer for small businesses in fashion, housewares and culinary—it’s waste eliminator, because products can be printed on demand and allows them to keep up with demands. It will be exciting to see where this goes by the end of the year.

Things I hate: shopping for other people. One thing I would love: printing out a gift for you an hour before I show up at your birthday party.