Top Posts
How to Help your Business Go Global
Top iOS app Development Companies in 2022
Reserve your Seat at the 9th Edition of...
The Features of Classy Contemporary Offices
What Makes a Law Firm Reliable and Safe...
How to Create the Best Digital Environment as...
Travel through Time with these Ancient Online Slots
4 Tips to Give your Business a Boost...
SA Agritech Disruptor Driving Down Food Costs for...
Green Machine – EB5 Investments With the Fastest...
You are here Home » Social Media » Digital Technology and Social Media has made it impossible for Tyrants to sweep Social Injustice under the carpet
Social Media 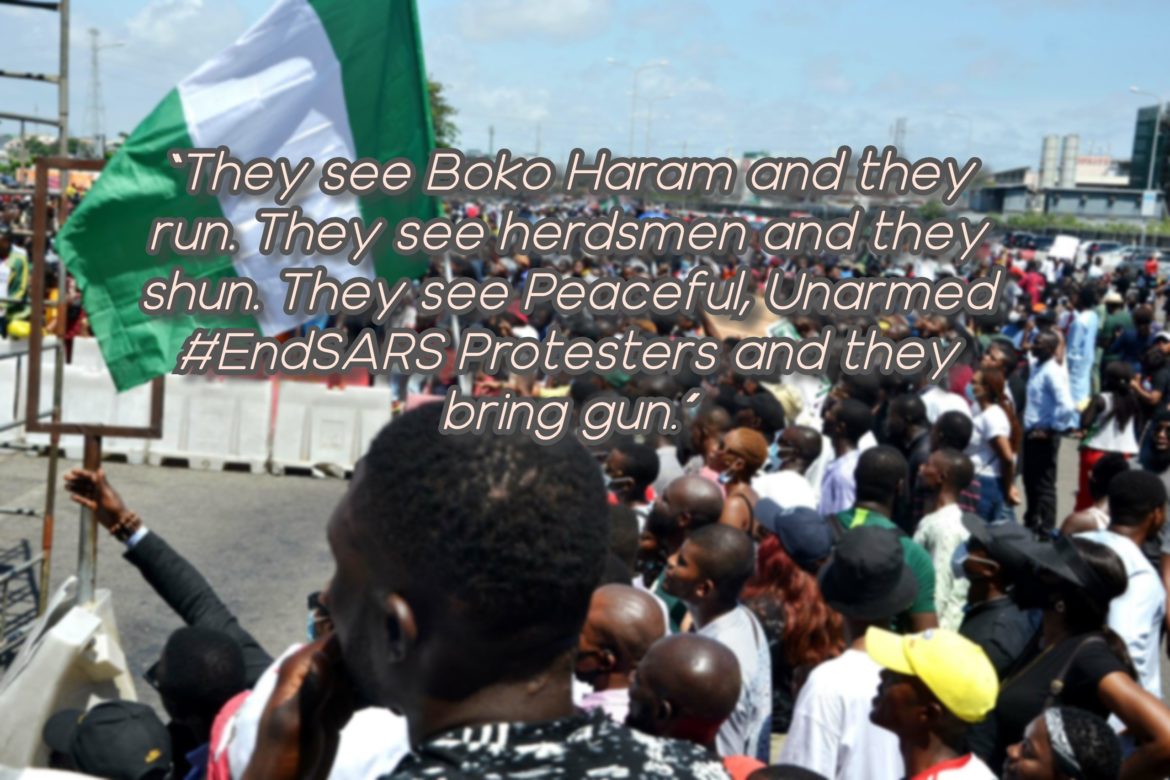 This ability by digital technology has proven especially useful in the way we conduct our business, education, medicine, and even entertainment in these modern times. The same technology is proving to be a champion for social justice and respect for human rights and dignity.

Never in the history of time, have tyrants, human rights abusers, corrupt individuals, and other evil-doers find it hard to hide their transgression. The habitats in which they previously flourished is increasingly being fumigated and sanitized through various digital technology. Social media, for instance, has given virtually anyone with the simplest smartphone device and an internet connection the ability to call out the wrong being done to them and/or those around them.

Currently, Nigerians around the world are calling out the heinous acts done by the Special Anti-Robbery Squad (SARS), a branch of the Nigeria Police Force under the State Criminal Investigation and Intelligence Department (SCIID). While the intention for the formation of SARS was to arrest the surge in criminal acts such as kidnapping, armed robbery, and cattle rustling. The special police unit has been carrying out extrajudicial killings, rape, torture, humiliation of suspects, extortion, theft, unlawful detention, and unlawful arrests.

In light of this impunity by a unit supposed to be enforcing law and order, protests began back in 2017 with many Nigerians taking to social media under the hashtag #EndSARS. Earlier this month, that protest grew much bigger and is now making international headlines while calling out the approach the Nigerian government is taking in addressing the people’s concerns.

Below is a snippet of some of the tweets behind the #EndSARS protests on Twitter:

•They see Boko Haram and they run
•They see herdsmen and they shun
•They see Peaceful, Unarmed #EndSARS Protesters and they bring gun
•They see the media and they make fun
•If they continue like this, both @MBuhari and Buratai will soon be gone!#LekkiMassacre

“This is the most important moment in Nigeria’s history.”@burnaboy says the “youth have come together” and decided “enough is enough” to protest against police brutality in Nigeria.

Why are we tweeting like we have given up on a better Nigeria. Why?!
We are Nigerians, We hope against Hope and that is one of Our profound Attribute. This is who we are and This is Our Nigeria. Though tribes and Tongues may Differ, Nigeria belongs to Us all.#endsars #itsnotover

If you’re aware of the massacre at obigbo Portharcourt last night and you’re not talking about it, shame on you. Rip to the heroes 😢.
Be vigilante anywhere you are please 🙏🏻 #EndSARS #Obigbomassacre pic.twitter.com/6fTcqoKUbQ

VIDEO: ‘It Belongs To Baba’ – Faces Of Government-hired Thugs Who Attacked #EndSARS Protesters In Abuja, Avoided Vandalising CBN Headquarters Because It Belongs To @MBuhari

How the Nigerian Army went from “We were never at the #LekkiMassacre Scene” to “It was a photoshopped video” to “Lagos state government invited us to intervene in the #EndSars protests” is an attestation to the fact that Accountability is a scarce commodity in Nigeria.

It wasn’t a nightmare. Neither was it a figment of our imagination. It happened! Soldiers shot peaceful protesters who only had the flag and were singing the Nation anthem
We will not forget #BlameGovernment #EndSars #EndPoliceBrutalityinNigeria
#GenocideAtLekkiTollGate

•They see Boko Haram and they run
•They see herdsmen and they shun
•They see Peaceful, Unarmed #EndSARS Protesters and they bring gun
•They see the media and they make fun
•If they continue like this, both @MBuhari and Buratai will soon be gone!#LekkiMassacre

Fun fact! Some key elements that make up the device you are reading this article from are mined from the Democratic Republic of Congo (DRC). Yes, that country in Africa that is constantly on the news with headlines like war, massacre, forced mass migration, refugees running… just heartbreaking news.

But did you know that this country should be among the richest countries on the globe? It certainly has fertile land, climate, and water bodies for a big global economic player. Dig up the earth and you find a treasure trove of minerals used by big tech companies like Apple, Samsung, Huawei, and Sony to bring your those flashy electronic gadgets.

But how are the minerals mined?

Well, those minerals that are being supplied to big tech companies to make that flash consumer electronic gadget near you is mined through forced child labor, deadly tribal conflicts, and corruption. Just check out the tweets:</span

My heart breaks for Africa 💔 our people are suffering and dying , leaders don’t care … we are tired
Our lives absolutely matter , we deserve more than what our leaders are putting us through#EndSARS #StopHumanTrafficking #AmINext #CongolsBleeding #ZimbabweanLivesMatter

Africans fought for their independence but because of selfish gains, the leaders sold it back

In Namibia, the cases of Gender-Based Violence have become too common, and it seems the law enforcement authorities are not doing enough to contain the situation. The wanton cases of GBV in the country have sparked mass outrage leading to streets protests and online under the hashtag #ShutItAllDown.

“In a separate incident, it is alleged that a 52-year-old man raped a 17-year-old girl at Gibeon in July. The victim is now reportedly pregnant.The suspect was arrested and police investigation continues.”#ShutItAllDownNamibia #ShutItAllDown @hagegeingob https://t.co/6SvwnhlMgP

WHEN WE WERE AT HER OFFICE, SHE WAS IN KATIMA MULILO, PREPARING TO ATTEND THE SWAPO DRIVE THROUGH IM ZAMBEZI.
THAT IS SEEMINGLY HER PRIORITY. SHE MUST LEAVE AND GO AND SERVE IN THE PARTY, FULL TIME. #ShutItAllDown https://t.co/5KGfaNuIg2

The mere fact the the Ministries are outright ignoring the sex offenders’ registry by @IAmNotNextAF is an indication of how serious they are about establishing or supporting the project.
While they study, we build.#ShutItAllDown https://t.co/ij37IvDjHY

Thanks to social media, bad governments are finding it increasingly harder to hide their transgression from the rest of the world. Anyone with a smartphone camera and some internet connection can spark a revolutions. Check out the rest of campaigns on social media aiming towards achieving respect for human rights and other social justices:

Justice for African!!
Just RETWEET when you see this!

Bringing Your Game to the World