Top Posts
Five Things to do During Internship to Stand...
How to Trade Skins in CS:GO?
7 Aspects Of Business Plan You Should Know
Technologies That Make Fast eCommerce Shipping Possible
How Business Can Implement Green Tech After COVID-19?
How The Bumble CEO Is Breaking The Glass...
How To Avoid Picking a Bad Business Name
Comfortable Outdoor Furniture: What to Consider
Top 5 Innovative Uses for Carbon Fiber
7 Most Important Steps When Translating a Website
You are here Home » Innov8tiv U » Eight Unique Events and Things to do in Nairobi
Innov8tiv U

Eight Unique Events and Things to do in Nairobi

Like every cosmopolitan capital, the city-in-the-sun has its struggles and its triumphs; its challenges and opportunities. That notwithstanding, Nairobi is home to most of Africa’s and world’s most unique sightings; from a national park within the city to exhilarating cultural experiences. The city has also played host to global summits and conferences, witnessed the signing of treaties and life-changing ratifications and now looks forward to hosting The Pontiff. Below we explore some not-to-be-missed experiences for anyone headed to the city.

An intimate tour of the Out of Africa den Karen Blixen, the writer of the memoirs “out of Africa” whose works were later adapted into a movie by the same name bequeathed Kenya a forever-after memento; her pre-colonial style home and farm in Nairobi’s Karen area. A tour of the house, coupled with a relaxing mug of coffee in the lounge will complete this refreshing tour. Her books and art collections remain in their shelves, while the lantern lamp that would signal her lover Denys Hatton that she was in and expecting him dangles above the verandah.

Dine and Wine with Giraffes

This, by all means remains a Nairobi-only experience. Located in the A.F.E.W Center on Lang’ata road, the Giraffe Manor offers that one experience of a lifetime, as aptly captured in the image below. If the elegance of the giraffe and their calculated, graceful strides are too much for you, then try cuddling a baby Jumbo at the Sheldrick Elephant Center – a short drive from the previous. The ‘babies’ interact with the public under the care of their caretakers between 11 – 12:00 am. You can also ‘adopt’ a calf at a cost which will always ensure that your charitable donations go to support this initiative. 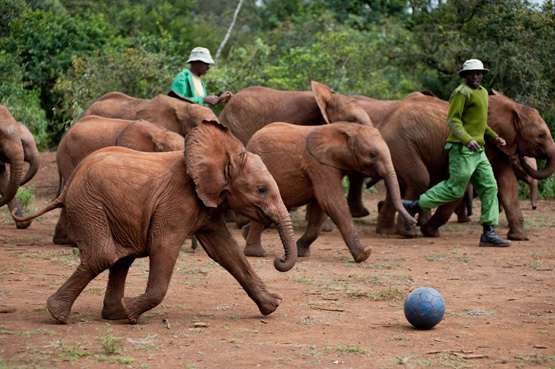 Experience Culture at the Bomas of Kenya

The Bomas of Kenya offers a journey into a time of pure traditions; with traditional dances and home setups built around the traditions of Kenyan communities. The institution also serves Kenyan delicacies and has a variety of activities for children. You’ll also spot a number of warthogs doing their rounds across the various homesteads. 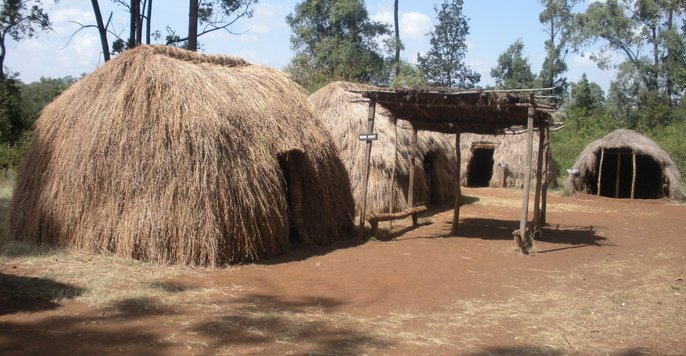 Enjoy Grilled Maize on the Streets of Nairobi

Apart from the world-popular nyama choma, mahindi-choma is a delicacy that has warmed its way into the Nairobi living! Usually spotted in street corners, the traders will have an unadventurous grill placed over red-hot coal with maize corns the size of your forearm roasting into a golden brown. The mahindi choma experience is not complete without a red pepper paste or powder for garnishing basics! The most complete early human skeleton believed to date back to 1.6 million years ago is one of the most important fossil findings Kenya boasts of. Now referred to as Nariokotome Boy in honor of his ‘place of discovery’ the boy has found a resting place in the city; perhaps until the much publicized Turkana Museum is complete.

Ice Skate at the Equator!

Approximately two hours after leaving Nairobi towards the Rift Valley, the road comes to live with colorful boards asking you to embark and take a few shots before stepping into the northern hemisphere. That does not mean rescheduling your next skating adventure; Panari Hotel on Mombasa road has an ice-skating and hockey rink, making the second of Africa’s only two equatorial ice rinks. Safari Walk and a Ride in the Park

Just a few minutes from the CBD, Nairobi National Park comes to live with all sorts of wildlife. You can take a ride in the national park, either in a private car or using the Kenya Wildlife Buses (picked from the town center) or opt for a scenic safari walk that usually takes a circuit around part of the park on a suspended walk way.

Fix ‘The Maximum Number of Free Accounts Have Been Activated’ iPhone, iPad

How To Avoid Picking a Bad Business Name

Tips To Turn Your Next Event Into A...

How Modern Technologies can Help Students in Education

Tackling a Bathroom Remodel on a Budget

4 Tips on Allocating Budget to Your PPC...

Qualities to Look Out for in a Sexual...

Reasons to Hire a Corporate Videographer in Melbourne

Top Things to Know Before Starting a Trucking...

Top Reasons to Use Motion Graphics in Marketing