Top Posts
Why Branding Is Important For Your Business
How will an Amazon Consultant Help you Boost...
The 3 Best Ways to Protect your Apartment...
Top Tips on a Successful Online Product Launch
Understanding the Data Integration Landscape: Everything You Need...
Why Hiring Business Equipment Is Better Than Buying...
Top 5 cryptocurrencies, including Bitcoin
5 Things you Didn’t Know Facetune was Capable...
Internet and Children: How to help Protect Minors...
The Digital Evolution of Posters
You are here Home » Tech » Fix Call History is Showing up on other iPhones: Why Recent Calls Appearing on other iPhones
Apps and SoftwareHow To'sTech 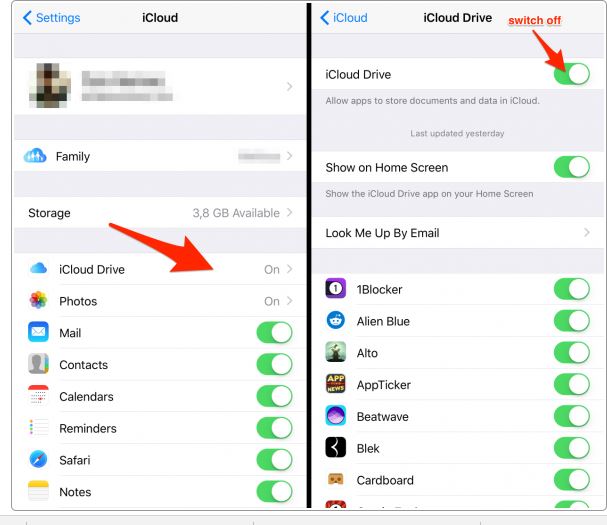 A lot of iPhone users complain that their call history is showing up on other iPhones in their house. This problem mostly comes when you install an iOS update. The problem could be solved using several ways which will be discussed in this article. If your calls, missed calls and recent calls are showing up and appearing on other iPhones, know that this is a glitch which could be fixed. But in some cases you will also have to stop sharing your iCloud/Apple ID with the other iPhone on which calls history is being shared.

1- If you want to stop sharing call history between two iPhones, you will have to disable using same Apple ID for the two devices. You should make a different Apple ID for both the phones. Sharing an Apple ID or iCloud ID ends up to calls showing on both iPhones.

But note than if you don’t want to lose apps, shared storage and other services, there is a nice option given by Apple called “Family Sharing”. Using family sharing, you can share apps, storage, music and other stuff with family without mixing up calls and messages. That’s because family sharing lets every member to have their own Apple ID.

3- Go to the iPhone from which calls are being shared, and go to iCloud and sign out and then delete the account. Now sign in using a new apple ID. Now send a friend request from the other iPhone if you want to share music etc. But you won’t see recent calls appearing on another iPhone.

4- Launch settings in iPhone and go to General. Now head over to Handoff & Suggested Apps. Make sure to turn off Handoff option. This option is the main culprit that causes calls showing up on other iPhones.

5- Go to Settings in your iPhone and head over to Phone-> Calls on Other Devices. If this option is switched to on, make sure to turn it off.

6- iCloud Drive synching is also a known cause of calls showing up on other iPhone. You should go to Settings and head over to the iCloud section-> iCloud Drive and then switch off the toggle that turns on the iCloud sharing.

Do you really need to have an Antivirus on your Computer?