Top Posts
Measures To Prevent & Combat Ransomware Attacks In...
The Many Sides of Digital Marketing: What Every...
Customer Segmentation Platforms and How They are Disrupting...
Amazing Ideas that will Help you Make your...
3 Types of Harassment to Watch Out For...
Basic Ideas to Make Your Business Stand Out...
What to Consider When Buying Air Filters?
The Best Ways to Manage a Selfish Employee
How to Help your Business Grow Quickly
CBD Hemp Smoke Cigarettes: Are they Safe to...
You are here Home » Cool Tech Jobs » Google opens a Computer Science Lab in Oakland, Code Next for Blacks and Latinos in U.S.
Cool Tech JobsFunding

Google opens a Computer Science Lab in Oakland, Code Next for Blacks and Latinos in U.S.

Based on an earlier study by Google in partnership with Gallup, 51% of Black students and 47% of Latino students across the United States, do not attend computer science classes in school. Naturally, creating a digital gap between youth from the Black and Latino communities compared to other young people from other communities. Google has set up Code Next in Oakland, to try and bridge this digital divide.

Code Next offers lessons in coding and basics of computer science for free. It is mainly targeting youths from Black and Latino backgrounds. On its first run, Code Next will enroll 70 eighth graders in Oakland; another group of 70 students will be enrolled in a second Code Next to be set up in Harlem by the year 2017. For now, students in New York will attend the same classes at the Google’ NYC headquarters.

The curriculum to be taught to the students enrolled in the Code Next classes was developed in consultation with the MIT Media Lab. It will teach students matters how to code, coupled with a hands-on approach and exposing them to computer language processing. The lessons will run after-school and during the weekends.

The curriculum includes core math skills needed to appreciate coding, leadership development, and engineering design. Admission to the Code Next classes is free. However, the student must be nominated by either their school or a non-profit organization such as the Black Girls Code.

In a statement to TechCrunch, Topper Carew from MIT Media Lab said, “We want to get them to a point where they are competent, comfortable, and champions in the coding space so that if they choose to get qualified in CSAP, they will be able to do that, which will help facilitate their trajectory relative to college.”

Code Next location in Oakland

The location of Code Next was strategically chosen to be near the Fruitvale Bay Area Rapid Transit station in Oakland. At this location, it will be easily accessible to all students from the west and east parts of Oakland.

“As this idea was coming into fruition, we were looking at the ideal cities and neighborhoods where we were going to position ourselves,” Google Student Experience Program Manager, April Alvarez to TechCrunch. “In Oakland, we thought about Fruitvale because there’s an ecosystem of partners there committed to CS but also people disconnected from the tech industry.” 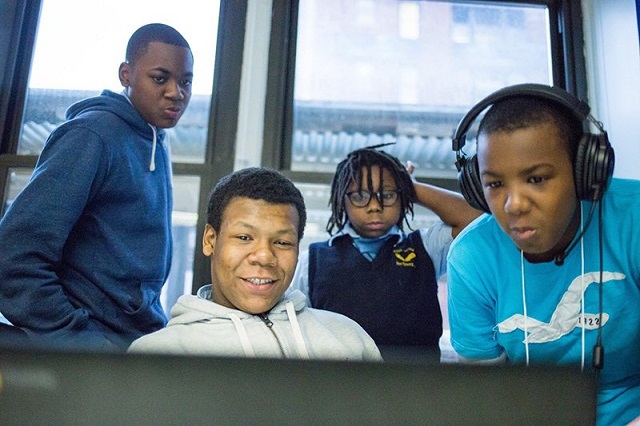 In the setting up of Code Next in Oakland, Google partnered with a local non-profit organization The Unity Council. An organization geared towards improving the lives of low-income members of the local community through economic empowerment, provision of educational opportunities, and improving their health and safety.

Alvarez said, “We’re taking a place-based approach. We’re in the backyard of Silicon Valley, and we wanted to make sure we didn’t ask students to leave their community in order to access these opportunities.

We made sure we were designing with the community versus for the community. We’ve had a positive reception and I think it’s because they understand Code Next is about the community and the kids we’re working with.

There is no doubt that the tech space is predominantly White. You do not need to go any further away than from Google. The company’s latest diversity report shows Blacks make up just 2% of its staff while the Latinos population stand at just 3%. Looking at the many companies that make up the Silicon Valley, these numbers more or less remain the same.