There is a little-known-about ‘Do Not Disturb’ feature on Snapchat most users are not aware of, which lets you disable notification from specific friends or groups without them knowing. This feature is perhaps one of the best-received features from the recent redesign of the social networking platform.

This feature became very necessary after most users started complaining of those ‘overly communicative friends’ who make you curse the day you agreed to push notifications. Not that push notifications are bad, just that some individuals or groups are overly active on Snap and become irritating.

For the record, iMessage and Facebook Messenger already bit Snapchat to it as they integrated the feature a long time ago; with Messenger including the option to appear offline to specific friends. Perhaps that’s the reason Snapchat released it in silence only to be discovered and announced by third parties.

Launch your Snap app, and go to the specific contact/group you would like to disable notifications from and hold down on it until the screen below. Next, tap on Settings > Do Not Disturb to disable all notification from that contact/group. And that’s it! 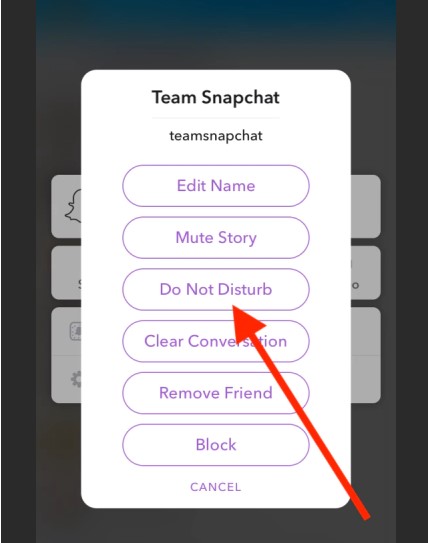 Note that the Do Not Disturb feature, and the Mute Story are different. The latter moves the contact’s Stories down the friend list, so you don’t have to see them unless you want to.