Top Posts
Whirl Pooling BTC on Mobile: Some Practical ways...
Bitcoin is a Double Edge Sword for Bitcoin
How the Right Technology and Software can help...
How to Use Machine Learning for your Next...
Alternative Investments Perfects for Beginners
All The Greatest Online Casino Games at Ruby...
Should You Use a Twitch Viewer Bot?
The Most Expensive NFT Deals
The Complete Guide on Selling your Used Servers
10 Tips to Finding a Passion-Filled Career
You are here Home » Cool Tech Jobs » It’s Never Too Late: 5 Successful People Who Made Drastic Career Changes to Be Happy and Wealthy
Cool Tech JobsStart-ups

It’s Never Too Late: 5 Successful People Who Made Drastic Career Changes to Be Happy and Wealthy

Most of us go to college with high hopes of getting our dream jobs as soon as we will graduate. But for most of us, the reality is dichotomous. With an increasing uncertainty in the market, a majority end up doing what they had never imagined. But there are some successful people around whose stories will push you to chase your dreams. These people made drastic career changes. Making a career change could happen to be the critical juncture in one’s life. It could herald and era of success or could go the other way around. But most of the times, if the conviction is there, you will always get what you want. Making a career change in the middle of an existing career may sound dreadful, but a recent study shows that ore than 70% young employees wish and search to switch their jobs to a totally different industry. Here are the success stories of people who made some cataclysmic career changes and got money and fame.

Seth Peterson used to work as a financial planner. He used to keep check on socks, markets and trading. Bored and tired of the uncertain, monotonous job, Peterson used to wish for working on something else, something more fun and interesting. One day he brought an old Sega arcade game from 80s for $75 for play just for enjoyment, and this was the tipping point. Peterson thought that if he could channelize the idea of renting old arcade games in the form of a proper startup service, the gaming industry will respond. He started his business with the name “All You Can Arcade” and instantly got the feel that he had made the right decision. 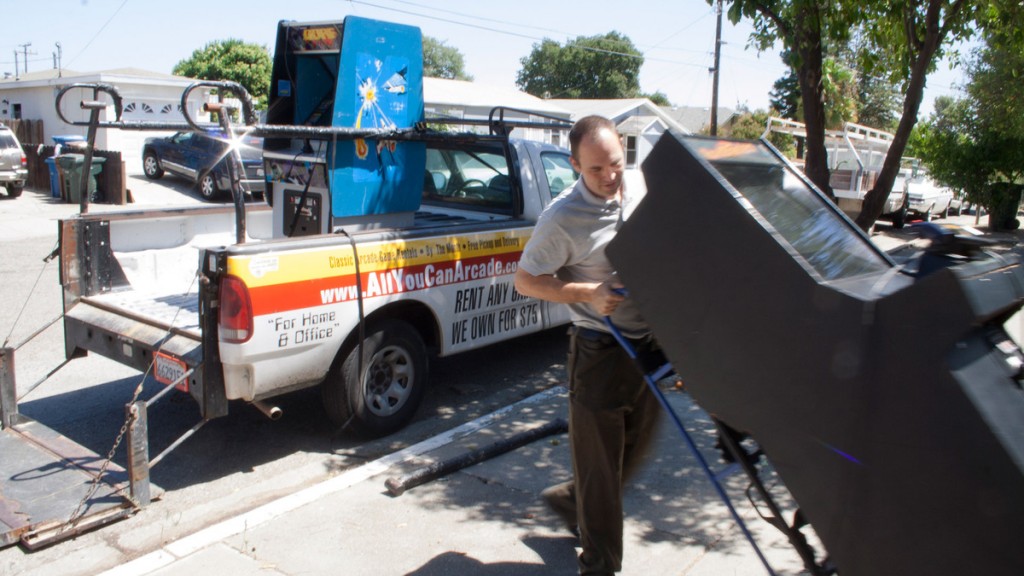 A US based software engineer from Pakistan, Usman Siddique, instantly got a high paying job offer in the US after graduating from university. After working as a software engineer for some time, Siddiqui got bored; He wanted to be close to his family in his country, and do something challenging and interesting. Inspired of Amazon’s ecommerce business model, he decided to start a book rental services. Today, he has two websites, The Readers Club and Kitabein, having thousands of visitors and online books which can be rented. Users can borrow and rent books using Siddiqui’s services, and the user base is growing.

Amy Halm was a communications officer in a corporate environment when she adopted an ex-police dog. She was unaware of the dog’s skill until one day her neighbor asked her to use the dog and try to mine out some hidden marijuana in his apartment. Halm was flabbergasted to find out the dog was still possessing the police, sniffing skills and located the drugs within minutes. Halm decided to start the business in which she would help the community to sniff for drugs, missing people and items. Halm now runs Desert Drug Dog company, which has six dogs under its roof and 3 human employees.

Maigen Thomas became a flight attendant fortuitously, and served in the skies for almost 6 years. But she wanted to settle down, as being a flight attendant was making her remain on the move, away from the family and friends. Skeptical but determined, Maigen joined the online Code Academy and opted for crash courses for web development, UX/UI design and  web design. She soon got an internship, which led to a full time, high-paying, sedentary job of  a web designer. Maigen’s career change is enough to motivate you if you are in a middle of a boring job and want to make a leap. Tracey Parker was an educational aide in a small special children’s institute. Parker was very close to the problems of the special children, and felt a need of scaling this issue at a bigger level to galvanize public. Parker enrolled herself in a law school. After completing her law degree, she got an internship as an attorney at the U.S. Department of Veteran Affairs. Today, she is an administrative judge in Maryland, helping the community at a bigger level.

This Free Tweak Lets you use Multiple Instagram Accounts on iPhone