Top Posts
Why Branding Is Important For Your Business
How will an Amazon Consultant Help you Boost...
The 3 Best Ways to Protect your Apartment...
Top Tips on a Successful Online Product Launch
Understanding the Data Integration Landscape: Everything You Need...
Why Hiring Business Equipment Is Better Than Buying...
Top 5 cryptocurrencies, including Bitcoin
5 Things you Didn’t Know Facetune was Capable...
Internet and Children: How to help Protect Minors...
The Digital Evolution of Posters
You are here Home » Social Media » Facebook » Lonely People Spend More Time On Facebook – Study Reveals
Facebook “Compared to non-lonely people, lonely people spend more time on Facebook. Lonely individuals who are shy or have low social support may turn to Facebook to compensate for their lack of social skills and/or social networks in face-to-face settings,” explains Hayeon Song, an assistant professor of communication at the University of Wisconsin, Milwaukee USA. 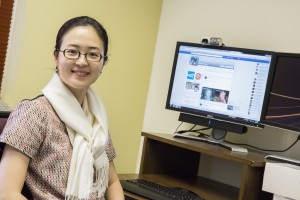 The professor statement sharply contradicts a popular belief that social media sites are making people feel more isolated. Instead Song says, people who are already lonely, are turning to social media in search for friends.

This conclusion was reached after a research team set out to study the relationship between the time one spends on Facebook and how lonely one is. The study findings reveal that the lonelier the person, the more time that person will spend on Facebook.

The point being driven home here by Professor Song is that lonely people spend more time on the internet, and correcting the initial internet study that suggested the internet is making people lonely. He says:

“The interesting point of this study is that it both supports and corrects the original internet study, which is one of the most influential studies in internet research and was produced by researchers at the Carnegie Mellon University.

However, we found the previously suggested causal direction to be erroneous: lonely people spend more time on the internet rather than internet use making people lonely,” concluded Professor Song.