Top Posts
Dominate The Local Market: 6 Tips for Small...
8 Ways to Transform Your Wellness Routine
Now that Sports Betting is Legal in the...
Finding the Right Company for Your Business GRC...
Why is PPC Important for Digital Marketing Strategies?
Planning a Business Trip
How To Promote Your Online Start-Up
The Skills you Really Need to be an...
5 Payday Loan Alternatives You Might Want to...
Top Tips for Streamlining your Startup
You are here Home » Tech » Apps and Software » You might soon have Google Search Lite; for Slow Networks and Data Friendliness
Apps and Software

You might soon have Google Search Lite; for Slow Networks and Data Friendliness

Over the years, the internet has evolved. It is no longer made of plain texts and basic images. These days, it seems ‘multimedia rich is the way to go for most websites and apps developers.

While all these multimedia contents make for a richer online experience, if you are on a slow network or your device is just not as resource-rich. Things will get frustratingly slow and sometimes freeze altogether. These frustrations cause users on slow networks or using less powerful devices to stop further browsing or consumption of such online content.

Obviously, when users desist from further engagement, it means bad business for tech companies such as Google and Facebook. That is what informed Facebook move to out a lighter version of the Facebook mobile app and the Messenger app; as Facebook Lite and Messenger Lite.

Now, Google seems to be following Facebook’s footsteps, if the early leak by Android Police is anything to go by. The publisher says Google is currently testing a new lighter version of the Search app in Asia. 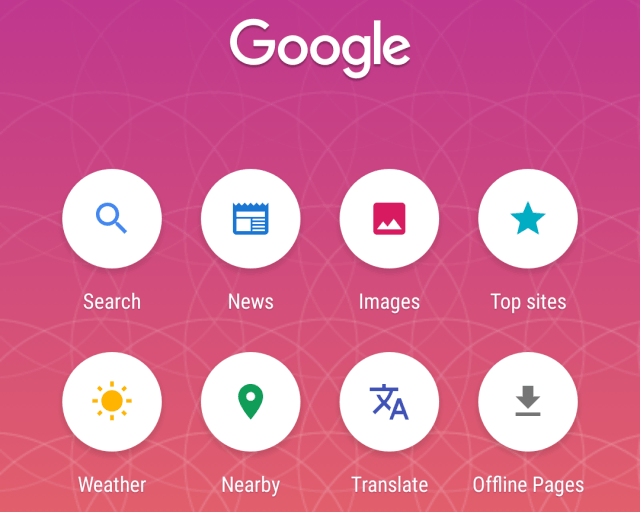 You can download the app now (via APK Mirror) right now if you would like to give it a try. Below are some screen shots of the app in action; note how slimmed down it is from the standard Google app. No doubt, users living in areas with poor connectivity, or using entry level devices will now experience faster (as much as possible) using this slimmed down version of the app. The app will also come in handy in the event you are trying to save on your mobile data bill, as it consumes less data.