Top Posts
Casinos not on Gamstop UK: a Way to...
Test Anxiety for Students: What It Is and...
Game Remasters and Remakes
Why Hiring a Criminal Defense Lawyer is Better...
Playing Ethereum Dice Game: Fun and Money unlimited
Privacy Decrypted: How to Read a Privacy Policy
Clear and Distinct Strategy: An Essential Component of...
Features You Will Find in an End-to-End Data...
Web Design 101: Three Tips for an Impressive...
Who Generates the Most Energy Consumption in the...
You are here Home » Apple » Official Swype Keyboard App for iOS 8 Available for Free for Limited Time
AppleTech

The software keyboard is very much the requirement of touch screen devices used these days. Hence, there should be provision of inputting numeric, textual, and symbolic input to any operating system. Android has always been rich in offering such kind of versatile keyboards via third party developers. Apple has followed the suite recently with its latest iOS 8 release. The Cupertino company has given space to third party keyboard apps. The likes of Swiftkey, Fleksy, and Swype have been quite famous in this regard. This article will keep the discussion to Swype.

Swype has been developed by Nuance. It carried the price tag of $0.99 when it was released for iOS 8. This wonderful app went free of cost in the iTunes app store on November 6. You must hurry up to download it on your devices before the expiry of this deal. 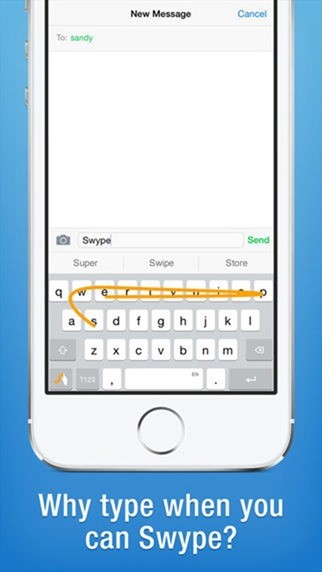 Swype is the first choice of many smartphone users. Honestly speaking, just a dollar is not much to pay for it when you consider its functions. However, you can grab the app for free for the limited time period now. Swype is ranked quite high among the third party keyboard apps for iOS 8, especially in comparison with Fleksy and Swiftkey. Recently, the keyboard has got the major overhaul by supporting 16 new languages. Total 21 languages are supported now. Swype offers a convenient layout for iPad users. You can use the traditional QWERTY, QWERTZ, and AZERTY styles. There is a provision of intelligent space insertion, and includes intelligent emojis.

In short, Swype keyboard for iPhone is one of the most innovative and user-friendly apps. It will revolutionize the way you write your texts.

Female Entrepreneur, Felena Hanson talks about her journey to opening the Hera Hub