I am not ashamed to admit that I was bad at algebra side of Mathematics, probably still am if I ever gave it another shot, but High School students who have algebra anxiety have a blessing in disguise. The innovative technology company MicroBlink is behind the creation of this awesome tool in solving bane of many students’ existence.  But the company’s CEO Damir Sabol insists that they have only made this app to promote their vision technology which is quite popular among software development kits. Still solving mathematical equations, even if it doesn’t work that often beyond linear equation is pretty impressive.

The CEO has indicated that they are still working to add to their repertoire of mathematical equation which is quite understandable because it has also been known to misread x variable as a multiplier. If you see the image below the answer should be “x = 5” instead of “-369 = 4”. So a lot of work still needs to be done so that this app could be usable in the more complex portion of solving mathematical equations, i.e., for college students too. 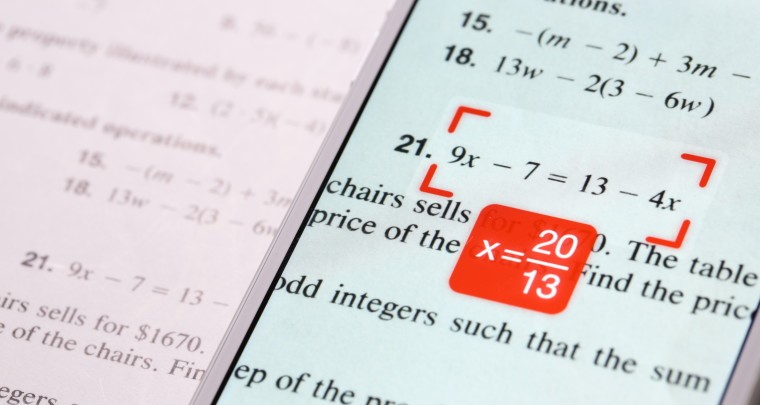 But with the technology advancing so fast and even middle schoolers having their own Smartphones now-a-days, there is a possibility that this app can change the complexion of how kids shape up their mathematical concepts. Many parents and teachers must be against the usage of this app, and don’t get me wrong they are part right to think that way, but this app can be used as a learning tool too. When you scan the equation through camera and it provides the answer in real time, you can just push at the forward button and sift through the problem. This app has the potential to be used as a learning tool in solving mathematical equations, but the temptation might be high for students who are poor in Math to cruise through their 7th Grade algebra.