Just as the new year dawned, the Renault-Nissan Alliance confirmed it will launch more than 10 new models with autonomous drive technology in the next four years.

The new range of autonomous vehicles will be launched in the United States, Europe, Japan and China in the lead up towards 2020. Mike Whitfield, Managing Director, Nissan South Africa, said upon this confirmation, that the Renault-Nissan Alliance is deeply committed to zero emissions and zero fatalities, the reason for developing autonomous driving and connectivity for mainstream vehicle mass-market.

Safety and efficiency of vehicles across the Renault-Nissan Alliance have increased dramatically over the years. Fatal and serious injuries in Nissan vehicles decreased by 61% over 20 years in Japan, and in Renault vehicles in France with 80% in 15 years. Autonomous drive is expected to further reduce driver error, which is responsible for up to 90% of all fatalities.

Renault-Nissan will also launch a suite of new connectivity applications that will make it easier for people to stay linked to work, entertainment and social networks. 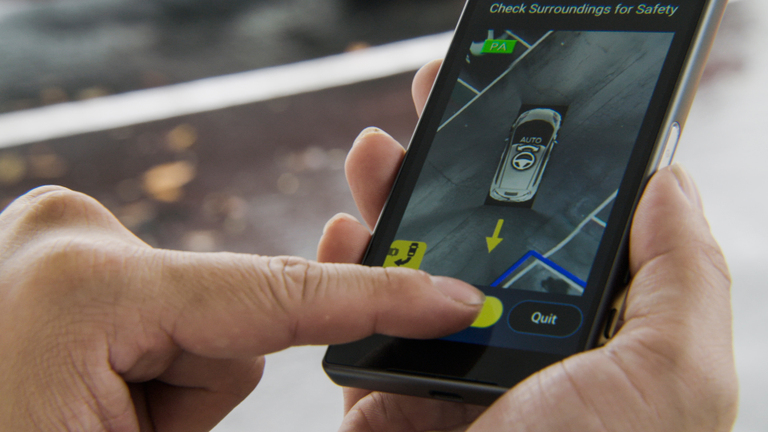 Redzic joins Renault-Nissan after positions at Nokia, NAVTEQ, Motorola, and cyber PIXIE. Redzic will be responsible for accelerating the validation process for connectivity applications and be based in Paris overseeing teams in France and Japan.

Since 2014 – after Renault-Nissan converged its advanced research, development, and engineering divisions – engineers worked as one team to reduce duplication in the development of next-generation technologies, and to make available the new ‘technology toolkit’ for all brands.

Early this year in 2016, vehicles with ‘single-lane control’ will be released. The single lane control feature will allow cars to drive autonomously on highways, including in heavy, stop-and-go traffic.

Later in 2016, the Alliance will launch a new automotive app for mobile devices, allowing remote interaction with the car.

In 2017, it will launch the first ‘Alliance Multimedia System’ providing new multimedia and navigation features with improved smartphone integration and wireless map updates.

In 2018, Renault-Nissan will launch vehicles with ‘multiple-lane control’ which can autonomously negotiate hazards and change lanes during highway driving.

Also in 2018, the Group’s ‘Connectivity and Internet of Things’ platform will support the new Virtual Personal Assistant feature for individual and business customers.

2020 will see the launch of ‘intersection autonomy’ which can navigate city intersections and heavy urban traffic without driver intervention.

About the Renault-Nissan Alliance

The Renault-Nissan Alliance is a strategic partnership between Paris-based Renault and Yokohama Japan-based Nissan, which together sell one in 10 new cars worldwide. The companies, which have been strategic partners since 1999, sold 8.5 million vehicles in nearly 200 countries in 2014. The Alliance has strategic collaborations with automakers including Germany’s Daimler, Japan’s Mitsubishi, China’s Dongfeng, and India’s Ashok Leyland. The Alliance also owns a majority stake in the joint venture which controls Russia’s AVTOVAZ, maker of the Lada brand.

About Nissan in Africa

Nissan Motor Co., Ltd. supplies innovative and exciting models across the hatchback, SUV, sedan and pickup segments in Africa. Nissan has three operational hubs and factories on the continent: Egypt in northern Africa, and Nigeria and South Africa in Sub-Sahara Africa. The Nigeria plant is the result of a Nissan and Stallion Group partnership, formed after the government introduced new policies to stimulate local industry. Production of the first Nissan vehicles started at Stallion’s VON plant in Lagos in April 2014. In doing so Nissan became the first OEM automaker to build cars in Nigeri The plant assembles the Nissan Patrol, Almera, NP300 and Urvan. Nissan is targeting significant growth on the continent with a strong sales network and expanded product range introduced in developing countries with innovative vehicles across the board including award-winning models such as the Qashqai and X-Trail. Nissan is targeting significant growth on the continent. In fiscal year 2013 the company sold nearly 110,000 units in Africa. More about Nissan in Africa:  www.nissanafrica.com

guys here at simba car supermarket we like to see such technological advances and mergers that will move the car industry forward.