Top Posts
5 Key Types of Customer Needs
5 Fundamental Data Science Principles That Can Be...
Should You Bother Obtaining Nofollow Backlinks?
5 Reasons Why Your Business Needs To Be...
Tech Solutions to Improve Your Business
5 Pieces of Tech Your Business Must Have
6 Reasons to Become More Tech-Savvy in 2021
3 Ways to Earn From Gaming as a...
What Has Recently Changed in the B2B Lead...
What is IQ, and what IQ score is...
You are here Home » Tech » Hardware » Samsung Unveils 2TB T3 SSD Wrapped In A Tough Cute Metallic Housing #CES2016
HardwareTech

In case, you’re a little confused about the naming of this super-ultra-thin, super portable and yet large storage SSDs. The Chinese translation of the name T2 presented somewhat of a pickle. So Samsung had to skip the name T2 and settle for the name T3. But that’s beside the point, let us looks at what specs are being tacked under that cute metallic housing. 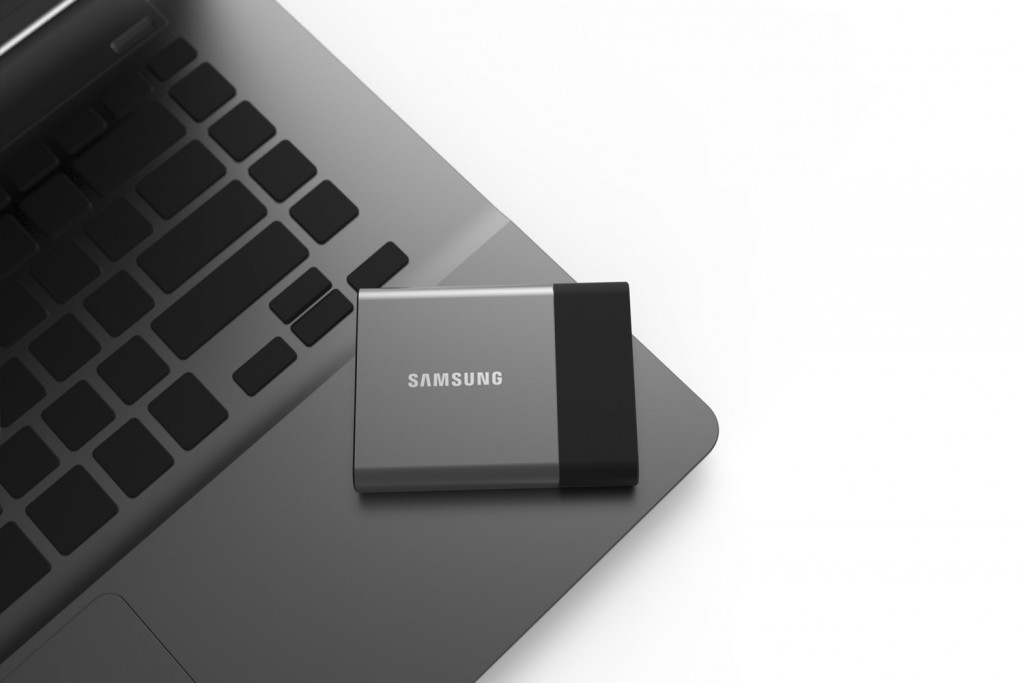 The T3 range SSD comes with file transfer speeds of up to 450MB/sec and has USB Type-C support. However, you can still plug it in devices that lack the new USB Type-C port; including Android mobile devices that support external hard drives. Meaning, now you can carry around with you loads of 4K movies without worrying about maxing out the limited storage inside your smartphone or tablet.

It is said, the T3 can still work even after subjecting it to extreme conditions like temperature within the range of 0 to 70 degree Celsius. The cute metallic casing is said to provide enough protection to the drive even when it falls from a distance of six feet high; a force that would be strong enough to shutter most conventional drivers.

Both the T1 and T3 range come with the security feature AES-256-bit encryption, but it is optional for those who don’t need it. The T3 is also compatible with both Mac and Windows systems.

Samsung is yet to disclose the T3 range prices. However, all indications seem to suggest that the T3 SSDs will be up for retails somewhere in late February or early March.

For more details, head on to the Samsung website.

USA Is Closing Its Drones’ Base In Ethiopia