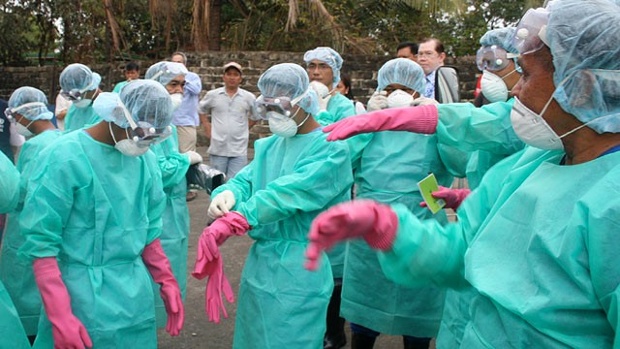 Following the demise of Patrick Sawyer, the Liberian born American who arrived at the Murtala Mohammed Airport Lagos on July 20th, and died five days later, the awareness about the fatal virus has spread like wild fire.

This can be accredited to the prompt actions taken by the Lagos state government to inform Lagosians about the severity of the virus and the continuous coverage of the situation by local and foreign media.

According to a statement released by Kaymu, online search for hand sanitizer on the platform has increased by 130% in the past week and sales of hand washes and lotions have increased significantly.

Managing Director of Kaymu Nigeria, Evangeline Wiles, stated, “It is very encouraging to see that Lagosians are taking the news of this outbreak seriously.  Lagosians and Nigerians in general are advised to take to the precautionary measures communicated by health officials, such as frequently washing hands, to ensure the virus is contained and possibly eradicated.” The Ebola virus is primarily transmitted through contact with body fluids of infected persons, with the skin and mucous membranes being the main routes of entry. As a result the public is cautioned to sanitize their hands and immediate surroundings as often as possible.

Meanwhile supermarkets in the Lekki area of Lagos State have recorded massive sale of hand sanitizers so much so that the demand far outweighs the supply.

According to the Minister of Health, Prof. Onyebuchi Chukwu, one of the doctors that treated Sawyer, the casualty of the first recorded case of Ebola in the country, had contracted the virus, while another is showing symptoms and about seven other persons who came into contact with Sawyer, and had developed the Ebola symptoms, had been quarantined while 70 others were under surveillance.

Kaymu is Nigeria’s #1 safest online marketplace where buyers and sellers can meet and make the best deals for used or new products, such as smartphones, computers, shoes and clothing, home appliances for the cheapest price thanks to the fixed or auction pricing system. Visit www.kaymu.com.ng to explore its offerings.

About AIH
Kaymu is part of Africa Internet Holding (AIH). AIH introduces and accelerates the online shift in Africa – for its people and its culture. AIH has built up multiple web companies including: JUMIA, Zando, Kaymu, Hellofood, Lamudi, Carmudi, Jovago and Easy Taxi.

How to Configure a Router: Router Configuration Guide