Top Posts
Bitcoin begins climbing into Positive Territory following massive...
How To Protect Yourself Online Against Phishing Using...
Underlying causes of Houston Motorcycle Accidents
6 Proven ways to Grow your Digital Marketing...
Form and Function – A Workspace that Works
Why Implement Cloud Computing In Pharma?
Transitioning to Automated UI Testing: 3 FAQs Answered
Veganomics: Ignore the Vegan Future at Your Own...
Why Work With An IRA Company When Investing...
The Technology Behind the Success of Your Favorite...
You are here Home » Games » The Best Combat Sports Video Games Ever Made
Games

The Best Combat Sports Video Games Ever Made

The popularity of both video games and combat sports has experienced an upsurge of late, with the likes of the UFC and a rejuvenated heavyweight boxing division igniting fires in the bellies of gamers and games developers alike.

However, making a combat sports video game comes with its own unique set of challenges, with realistic grappling and wrestling just some of the particularly difficult features to reproduce, both from a graphics and gameplay point of view.

Here are just some of the games that managed to pull off that perfect blend of pinpoint gameplay and stunning graphics. Caption: Some of these games will give you a feel of what it is like to be a pro pugilist, just minus the pain

The tag line of this game is ‘Rising to Glory’ and, because the whole thing takes place in a VR (virtual reality) world, it really does feel as though you’ve gloved up as Adonis Creed. This is the avatar you take control of to do battle against everyone from Rocky himself to the square-jawed Ivan Drago.

The other great thing about this gaming title is that it also gives you a serious workout, with players having to punch using their VR headset’s accompanying hand controllers. Try doing that for twelve consecutive three minute rounds and you will gain a whole new appreciation for what the real sport is like. 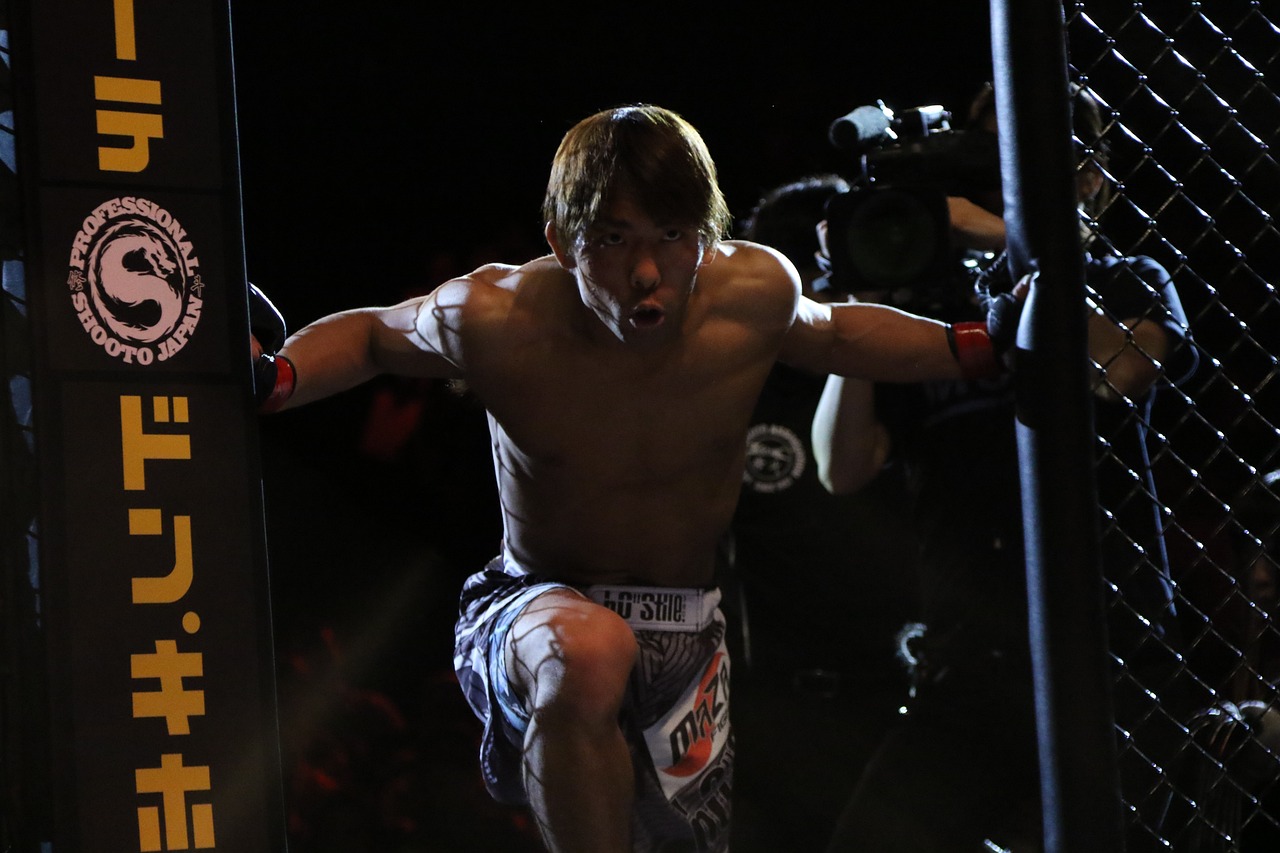 Caption: Are you ready to enter the octagon? Glove up and jump in!

If boxing is not really your thing and you prefer the variety found in cage fighting, both online and offline, then UFC: Undisputed 3 is probably the go-to game for you. It allows you to take control of the self-same fighter whose UFC betting odds you plan to back for upcoming fight night.

The best thing about the game is that it is not just all about striking, which some of its competitors tend to focus on, but rather creates unique ways for players to tussle, using realistic submission holds and grappling techniques. This makes it the true UFC fan’s game of choice.

As touched on in the previous section, this UFC game has been somewhat outflanked by its main rival in the gameplay stakes and yet it still manages to make for an overall enjoyable gaming experience.

When a punch, a kick or a knee connects in this game the player really feels the full weight of it and thanks to other nice features, such as the feinting of attacks or innovative takedown styles, this is one game that still has plenty going for it.

If the idea of not being able to play a Rocky-inspired video game as Rocky himself galls you, then this game from Rage and Ubisoft – that was released in 2002 – should be the ideal fix for you and your Rocky-mad friends.

In true Rocky fashion, this game is all about attack and virtually no defense, with the ring canvas even being splattered with blood as the fighters suffer realistic facial damage.

The ringside judges are as corrupt as they are in real life, meaning if you want to ensure victory your best bet is to throw caution to the wind and go for the showreel knockout.

It is rare for a video game to stand the test of time, allowing players to return to it after years in the wilderness and still have the power to wow and entertain.

Such is the case with Fight Night: Champion, which was first released for the Xbox 360 and PlayStation 3.

Not only is the gameplay excellent, but the in-game storylines are also unparalleled in the combat sports video game genre, making every session spent with this game a truly memorable one. For those gamers who can never get enough of ludicrous gore, there’s even a bare-knuckle mode – but be warned, it is not for the faint-hearted.

The Top Gaming Software Developers Of 2021