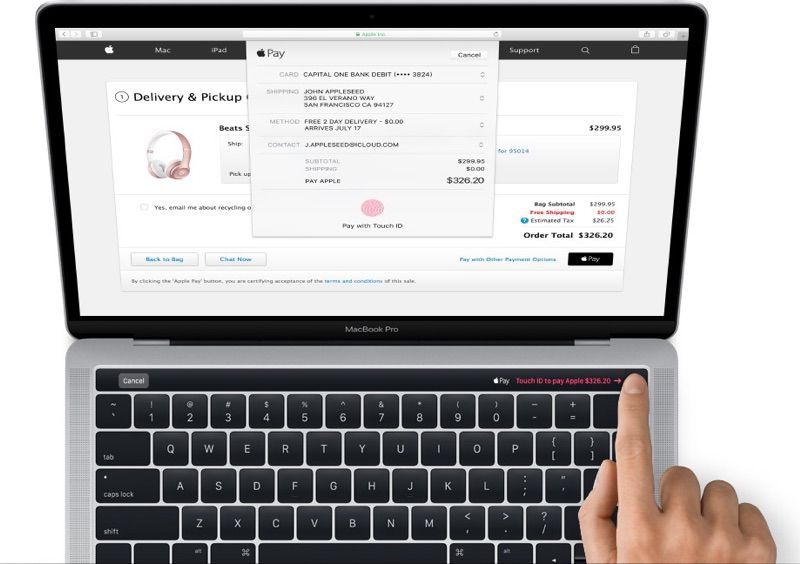 Apparently, Apple let information of the new MacBook Pro computer set to be unveiled tomorrow leaked. The information is already out there, whether, by accident or design, people already know what to expect tomorrow; with some fair level of certainty.

MacRumors leaked this information after they accidentally bumped into a picture of the to-be-launched MacBook when they were digging into the Mac OS Sierra update. The image below, reveals what the new MacBook Pro will look like.

The picture now confirms that indeed Apple will unveil a new Pro at tomorrow’s Hello Again event. It also reveals few (more reliable) details on what to expect on the new Pro computer, unlike previously where we were working with rumors and informed guesses.

There will be no Escape Key

Take, a closer look at the picture above, there is no Escape key! That means the new Pro will not allow you to hit the keys combinations ‘Options+Command+Esc’ to force close apps. You will also not have the shortcut option of exiting the full-screen apps by pressing the Esc key.

The Touch ID Fingerprint strip is the Magic Toolbar

The black bar running across at the top (the Touch ID Fingerprint sensor) is the much rumored about OLED touchscreen strip. Also known as the Magic Toolbar, which developers have been eagerly waiting for to put up all kinds of contextual shortcuts.

Just like the 12-inched MacBook, this MacBook Pro seems like it has the ultrathin and butterfly-hinged keys. Though the picture can be deceiving, but that is what it looks like. This Pro computer has those wide and shallow Chiclet keys found on the tiny 12-inch MacBook.

Given the thin keys and somewhat miniature inset hinge for the lid. There is a big chance this MacBook will be the thinnest Pro around (and lighter). That could also mean, it will have fewer and perhaps smaller ports for connecting with peripherals.