With just barely two days to the end of 2014, this year will go down the history book as the year when the words Selfie and Hashtag were officially added to the English dictionary. Social Media has grown to be so influential, so much so that it is now not only just spreading the news, but also making the news. If there’s anything we know about sparky news, it is that it attracts a lot of eyeballs and ears; attention. As a brand, you need to be in the business of not just catching attention, but also maintaining it. Little wonder businesses go all out to capture all and any relevant attention from prospective customers, including soliciting ads campaigns from influencers, promote ads on social media, and some even buy Reddit accounts among other tricks.

The following are some of the most viral hashtags and social media activities that made news headlines around the world; they are not arranged in popularity order by they are certainly among the top most popular around the world.

Following the distasteful kidnap of 200 plus Nigerian schoolgirls by the Boko Haram insurgents in North Eastern parts of Nigeria in spring. Celebrities, Politicians, and Journalists took to social media to create awareness and hopefully invoke the authorities to take decisive actions to ensure a safe rescue and return of the innocent girls. Click here for more details.

Our prayers are with the missing Nigerian girls and their families. It’s time to #BringBackOurGirls. -mo pic.twitter.com/glDKDotJRt

This hashtag reached its climax in August, 2014. At that time, whenever you logged in to your Facebook and Instagram account, you were most likely to come across not just your ‘actual’ friends pouring a bucket of ice-cold water on their heads but also influential personalities like Mark Zuckerberg, Oprah Winfrey, Rob Ford and maybe even your next-door neighbor. Stats have it that the campaign in support for ALS research raised more than $100 and $16.2 million  in the U.S and Canada respectively.

Perhaps Bill Cosby didn’t think it through very well when he took to social media and asked his followers to “Go ahead. Meme me!”. This backfired in the worst way possible; it simply couldn’t get any worse as meme creators capitalized on the opportunity to highlight past rape cases allegedly committed by this actor. The meme led to Cosby initial tweet to be deleted, by the social media #CosbyMeme continued nonetheless. 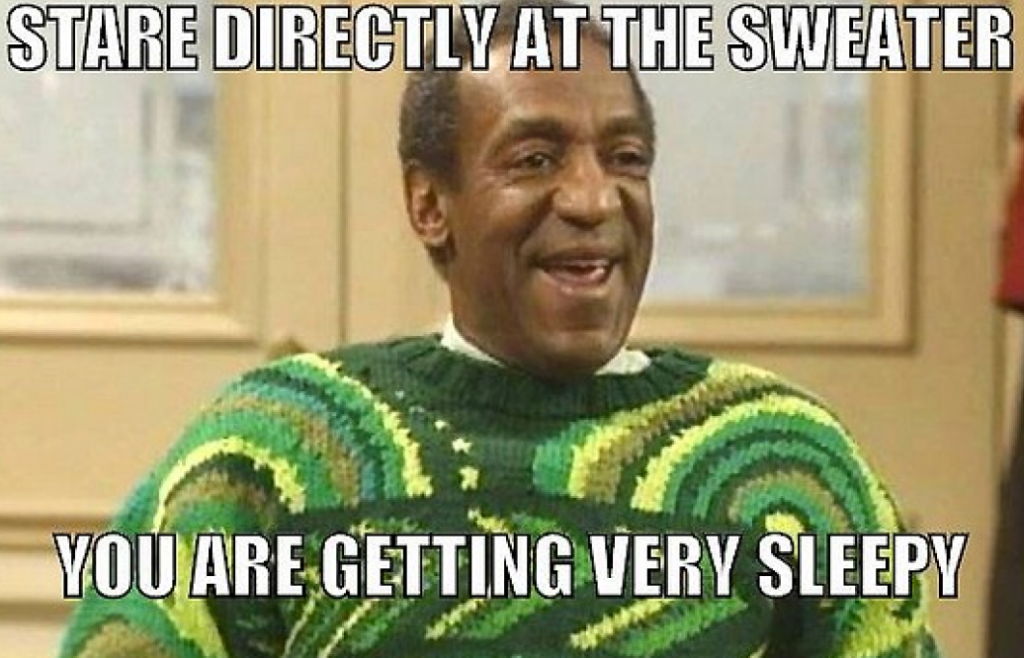 A former CBC radio host, Jian Ghomeshi took to his public Facebook Page to explain the reasons as to why CBC fired him. According to Ghomeshi, CBC fired him because of “the risk of my private sex life being made public,” this was brought about by “a campaign of false allegations” by his “jilted ex-girlfriend” who also happens to be a freelance writer. His Facebook post was the first of many bombshells dropped by multiple women all alleging of being sexually assaulted by him. This led to his Facebook and Twitter accounts being deleted ever since. One East York teacher, Joe Killoran shocked the world in August, 2014 by jogging shirtless and attracted news cameras. Killoran was running as a form of protests demanding answers to some of the mayor’s recent controversies. The video of him running was posted on social media and quickly went viral. People quickly began to refer to him as the #shirtlessjogger, and many knew him as such before learning his real name.

Ellen DeGeneres hosted the 2014 held in March. She also took one selfie that went super viral. The selfie had some of the big names in the industry including Julia Roberts, Jennifer Lawrence, Meryl Streep and Bradley Cooper among other A-lists actors. The selfie was retweeted over 3.3 million times; it went so viral that it caused a Twitter outage.

Jordan Axani of Toronto had bought a non-transferrable plane ticket for himself and his girlfriend Elizabeth Gallagher. Long story short, the couple was no more a thing, and Axani was left with an extra ticket that he could not transfer to anybody else since it was assigned to a passenger named Elizabeth Gallagher. Axani came up with an ingenious idea of looking for his girlfriend’s namesake on Reddit and other social media. Axani succeeded in not only finding another girl with his ex’s exact name, but they also made international headlines. May, 2014, McDonald unveiled its new mascot dubbed Happy. They chose social media to do this unveiling hoping at the very least that their new mascot will catch-on. Well, it went viral for all the wrong reasons, with tweeps calling Mr. Happy the not-so-happy names like ‘terrifying’, ‘scary’ and ‘McStake’ among others. McDonald responded to the unexpected negative ‘viral’ with a little bit of humor: “#CantStopSmiling about the #HappyMeal. Tough Crowd.”

A U.S. Airways customer took to Twitter to complain about a flight delay. In response, the airline’s customer service tweeted back to the complainant with an NSFW tweet having a nude woman and a toy plane. This was from the airline’s official Twitter account and was directed to the customer. One hour later, the NSFW tweet was pulled down, and the airline made another tweet apologizing, but it was already too late; there were already screenshots taken, and it had been retweeted numerous times. So now they at least know how not to make a quality customer service on social media.

We apologize for an inappropriate image recently shared as a link in one of our responses. We’ve removed the tweet and are investigating. — US Airways (@USAirways) April 14, 2014

Dec. 15, during the Sydney siege, while many were on social media getting the latest updates on the Sydney siege. One Australian @sirtessa took to social media to show support to those wearing religious attire and were afraid of using public transport. The hashtag #illridewithyou went viral and was used by tweeps who wanted to give such people company on public transport in order to try to prevent any form of attack against those wearing religious attire.

Somalia Gets Its First Insurance Company In Over Two Decades

How to Change 4G Logo in iPhone Status Bar with LTE