Top Posts
Two Types of Desktop Virtualization
8 Phases of Construction Project Estimating
6 Fresh Ways to Find Your Passion for...
The Tech Era: 5 Reasons to Study Cyber...
SEO for Australian Businesses: How It Benefits Your...
Margin Trading Strategies for Beginners
eSports Gaming
The Importance of Quality Content and Boosting Your...
5 Famous Professional Poker Players in the World
Things To Do After Buying a New Car
You are here Home » Tech » Apps and Software » Upgrading To Windows 10 Is No Longer An Option For Win 7/8 PCs It’s ‘Recommended’
Apps and SoftwareTechWindows

I can’t say much about Windows 8, but I know there is a significant amount of users still happily using Windows 7. Most of these users were burned when they upgraded too early to the half-baked Windows 8 when it came out and had to revert to Windows 7. Now, that Microsoft rolled out Windows 10, they’re not so eager to jump to the new platform.

For the time that Windows 10 has been available, Microsoft was giving users the option of choosing whether to upgrade from Windows 7/8 to Windows 10. It appears Microsoft has grown tired of waiting for users to make up their minds and upgrade to Windows 10. The company has announced that Windows 10 upgrade will no longer be ‘Optional,’ going forward the Operating System (OS) will automatically install itself to all eligible Windows 7 and Windows 8 PCs.

This development comes as a follow-up to Microsoft’s controversial announcement made in October last year. Microsoft said Windows 10 status will be changed to become a ‘Recommended’ upgrade in the Windows Update option in Windows 7 and Windows 8 PCs. That means for Windows 7 and Windows 8 users with the Windows Updates settings set to ‘Recommended,’ Windows 10 will become part of the package under ‘Recommended’ that automatically installs. 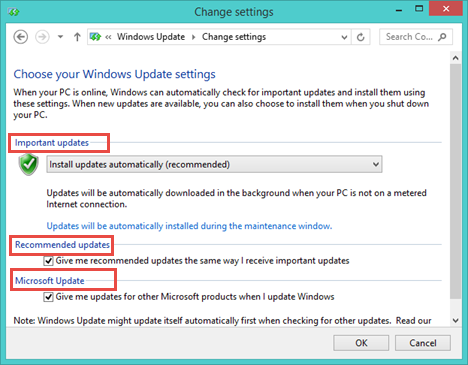 But Windows 7 and Windows 8 users can still interrupt the Windows 10 automatic installation on their PCs once it gets started. Nonetheless, this is by far Microsoft’s boldest and most aggressive measure to have its Windows 10 OS installed to a billion PCs by the year 2017.

At the beginning of the year in January, Microsoft either canceled or heavily downgraded support for Windows 7 and Windows 8 on the new Intel, AMD, and Qualcomm chipsets coming into the market. This was the hardware front of an aggressive campaign to hasten the adoption of Windows 10 while the automatic installation of the OS on Windows 7 and Windows 8 PCs is the software front of that campaign.