Top Posts
Top 7 Crypto Robots and Why They’re The...
An Analysis of CCIE-EI LAB Exam Topology
UFOD in Drug Addiction Treatment
7 Tips for Choosing a Small Business Loan...
How to Hire a Dedicated Development Team in...
How Migrating Legacy Systems Improves Performance & Adaptability
10 Things You Should Prepare For Office Cabling
Bitcoin begins climbing into Positive Territory following massive...
How To Protect Yourself Online Against Phishing Using...
Underlying causes of Houston Motorcycle Accidents
You are here Home » Tech » Apps and Software » Fix Camera failed & camera light being used by another app in Samsung Galaxy
Apps and SoftwareMobileSoftware

People using Samsung Galaxy phones are facing ‘camera failed’ problems on their smartphones. Several users have reported on various forums that a pop-up screen appears and describes as “warning: camera fail” whenever they are trying to start the camera on their phones. Users are also unable to turn on or off the flashlight due to the warning stating that the camera light is being used by another app. It becomes difficult for the users when cameras do not work as expected.

Based on users’ experiences, we mention different solutions that can work to solve camera issues in smartphones. Here are a few: 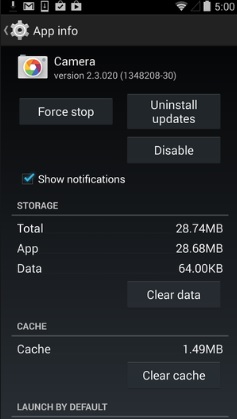 How to Sync S Planner with Google Calendar

How to find the Windows Serial Key on Windows 8.1