Top Posts
Measures To Prevent & Combat Ransomware Attacks In...
The Many Sides of Digital Marketing: What Every...
Customer Segmentation Platforms and How They are Disrupting...
Amazing Ideas that will Help you Make your...
3 Types of Harassment to Watch Out For...
Basic Ideas to Make Your Business Stand Out...
What to Consider When Buying Air Filters?
The Best Ways to Manage a Selfish Employee
How to Help your Business Grow Quickly
CBD Hemp Smoke Cigarettes: Are they Safe to...
You are here Home » Start-ups » Business Plans » Kenya National Assembly House Committee derails Equity Bank’s Thin SIM roll out
Business Plans 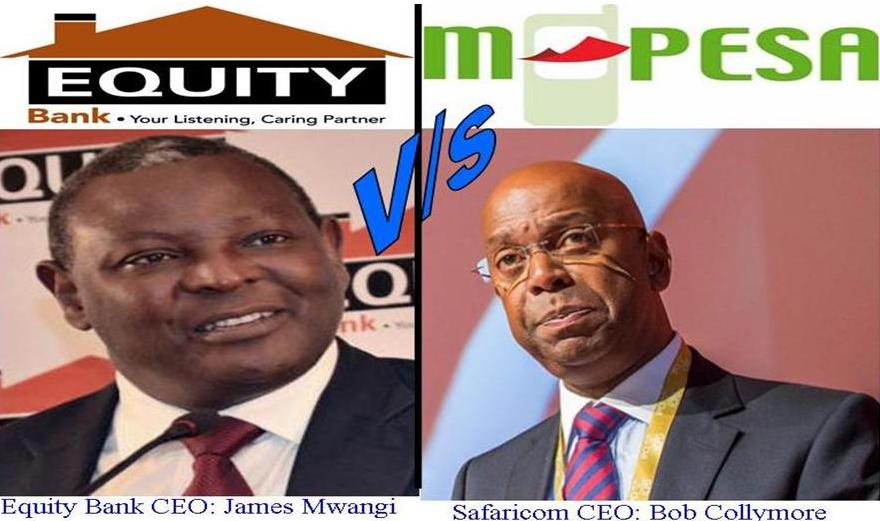 The tag of war between Kenya’s leading mobile service provider Safaricom and East Africa’s biggest bank, Equity Bank seems not to have a clear winner yet. Despite, the Communication Authority of Kenya (CA), giving Equity Bank the green light on Monday to proceed with the planned roll out of the thin SIM card technology.

Kenya National Assembly House committee on Energy and Communication yesterday directed the CA to stop the planned launch of the thin SIM card technology by Equity Bank. The committee, made up of 11 members under the leadership of Rarieda Member of Parliament (MP), Nicholas Gumbo and Chaired by Jamleck Kamau, was formed to look into the concerns raised by Safaricom in response to the introduction of thin SIM technology into the mobile money market.

“This is a decision of this committee. We are apprehensive of the thin SIM technology. The standing orders of the House allow for independent investigations by experts to look into such matters. The matter is now under investigation. If the process continues, CA will face the consequences,” said, Kamau, as cited by Standard Media.

His counterpart, Gumbo added, “The decision by the CA is an indictment on their part. Why didn’t they test the entire system before proceeding with the licensing?”

The stand taken by the House Committee is likely to be taken by Safaricom as a sigh of relief, considering it had lost its petition against the awarding of the license to Equity Bank. Safaricom cited concerns over the technology’s ability to secretly harness data from the main SIM card, including sensitive information such as secret personal identification number and avail them to a third party.

As to whether or not, the CA will follow the MP’s directives remains to be seen since it is established as an independent regulator.

“They could be independent regulators but they are not independent of the National Assembly’s oversight role,” warned, Igembe South MP, Mithika Linturi.

Equity Bank is planning to enter the mobile money market through its subsidiary Fin Serve Africa. The bank defended the thin SIM technology saying that the entire process will be subjected to security experts’ investigation.

Related: GSMA writes to CA citing potential security threats over the use of thin SIM technology.

Both the CA and the Central Bank of Kenya gave the green light for the roll out of the thin SIM technology but on a one-year pilot basis. In order to give them enough time to study and monitor this technology and ensure, it is completely secure. In the event that any security breaches is found in the thin SIM technology, the regulator says it will discontinue the service.

Dr. Black’s Tips for Women Excelling in their Careers