One thing you must admire about Apple is its ability to create a cult-like following among consumers. Each time they are about to start selling a new flagship device, you will find a long queue camping outside Apple Stores; sometimes they camp there overnight.

It therefore comes as no surprise that there are people out there who would only use Apple devices. They have an iPhone for a cellphone, a MacBook for a laptop, an iPad for a tablet, an iMac for a desktop computer, only listen to music bought on iTunes, and only stream from Apple Music.

As cult as such consumers might be, when it comes to a desktop monitor for their MacBook or iMac computers. These days they are forced to shop from other 3rd party vendors. That is because the Cupertino company discontinued it monitors-production wing and concentrate in its core competencies (read making iPhones).

This move is now forcing Apple fans to have to make do with non-Apple monitors to connect their MacBooks and iMacs. Not to drum up support for Apple, but you got to admit the company does make some of the top-notch devices in their class. Finding an Apple device replacement can be hard, but this article will show you not impossible.

We have rounded up some of the best 3rd party monitors currently in the market that will knock the sock off even on the staunchest Apple cult follower.

A faithful Apple fan will feel like they are cheating on Apple with its arch-nemesis. But the Samsung U28E590D is a top-notch monitor, with 4K technology, 3840×2160 resolutions, and over a billion colors, within its 8 million pixels. It is ideal particularly for users dealing with graphics designs or power gamers, or anyone who desires a 5K display but can’t/won’t fork out the money for it. It comes with the picture-in-picture feature that lets you view two different connected input devices side by side. This display connects using the DisplayPort 1.2 and has two different HDMI ports as well.

If you feel these 4K and 5K displays are overrated (or you simply can’t afford them), then the BenQ GW2765HT is the best alternative. Its features include 16:9 display with 2560×1440 resolution that gives it more than 77% work space and higher ppi than your typical 1920×1080 FHD monitor. It connects via DisplayPort, DVI, and HDMI connection and has inbuilt speakers and an adjustable stand. It is also unique in that it comes with BenQ’s Low Blue Light Technology, which reduces the blue lights displays produces and interferes with your sleep patterns. Although curved screens are said to offer user a more immersive viewing experience. For a monitor, it makes sense since you will always be sited at the ‘sweet spot’. And that is exactly what the Samsung C27F591 gives you; its8m radius ark gives you a wider field of view that enhances your perception of depth. It’s a 1080p display with a 1920×1080 resolution. It connects via HDMI and has inbuilt speakers.

It comes with a 3840×2160 resolution on an 8 million pixels; a beast in its class, won’t you say? Dell has also tuned it up to give you the most accurate color representation. In other words, right from the box, you really don’t need to adjust anything. It connects via DisplayPort 1.2 and comes with inbuilt USB 3.0 port at the bottom of the display. 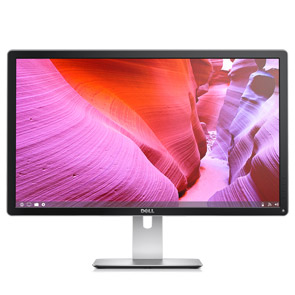 Any display mentioned above that only comes with HDMI port to connect to your MacBook or iMac. You will need an adapter to connect to them if you are using some of these recent MacBook computers.

Why is the Dark Web shrinking?

The Desktop PC is becoming Cool Again. But is it Cool enough to make a Comeback?