It is about ten days before the Nelson Mandela Day marked every July 18th. But Brand South Africa and the Gem Project have already set the tone for Mandela Day. The two organizations have partnered and created a mobile app that lets South Africans find a charity cause to which they can invest 67 minutes of their time.

Using the GEM Project’s mobile app, South Africans will be able to locate a charity organization or initiative that requires volunteers’ help. This initiative is targeting South African, who would like to emulate the Mandela spirit but have not identified a charitable cause to which they can channel their time and resources. The GEM Project has facilitated this either through the mobile app or USSD services.

The unveiling of the mobile app and USSD service was made at a launch party of the Play Your Part for Madiba campaign. A campaign organized to build pride, patriotism and active participation by the South African citizens.

“The app is a social development drive that aims to mobilize communities within themselves so that they can help each other rise. Volunteers are encouraged to donate their GEMs back to the needy causes during Mandela Month. In order to ensure continuity and mobilize support even beyond Mandela Month, corporates are also encouraged to donate GEMs so that they can be allocated towards causes on an ongoing basis,” said David Shield, a co-Founder of GEM Project. 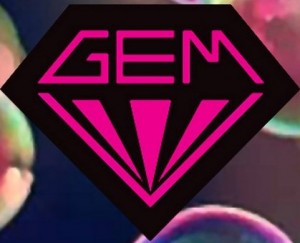 User downloads the app or accesses the services via USSD. The GEM Project Server triangulates the user’s location through geo-tagging. The system list all the charity organization and initiatives near the user’s location. Users should expect anything from providing clothing, assisting kids with their homework, skill development for the youth, and job shadowing among others.

You can then select a given cause for charity that you would like to get involved. Once you select a given cause, you will receive more information about that particular cause. Users will be pleased to know that they get rewarded with a GEM for their volunteer into a charitable cause. You can then convert these GEMs into airtime, data, movie ticket, pre-paid electricity or even donate them to charity.

Yunu Mohammed from Lead South Africa said, “Every day should be a Mandela Day. No action is too big or small. Active citizenship in an ongoing activity and we need to continue to embrace Madiba’s legacy.”