Cache is the temporary memory space used by the modern devices to store the necessary variables commonly accessed by the user. Cache is used to speed up the performance and avoid complete calls to the back-end servers. But as the time passes, cache clutter could slow down your phone and computers. If you are an Android user and experiencing a problem in which your Android phone is too slow, you can speed up Android Phone by clearing cache.

There are two areas where you can clear cache in Android. There is a system cache of your Android device. All the device data, app data, commonly accessed apps, variables are stored in system cache. You can clear system cache Android. Then there is web cache and a cache for every app. If you connect your Android device to the internet and access websites using browser or app, all the web data, server requests, URLs and cookies are stored in web cache. You can also clear web cache or cache for any specific app in Android to make Android phone fast. Let’s see how to do both these things one by one

Clear Cache Android for All Apps

If you want to clear cache in Android for the device and complete app data, follow the steps given below.

Launch Settings from your Android phone. 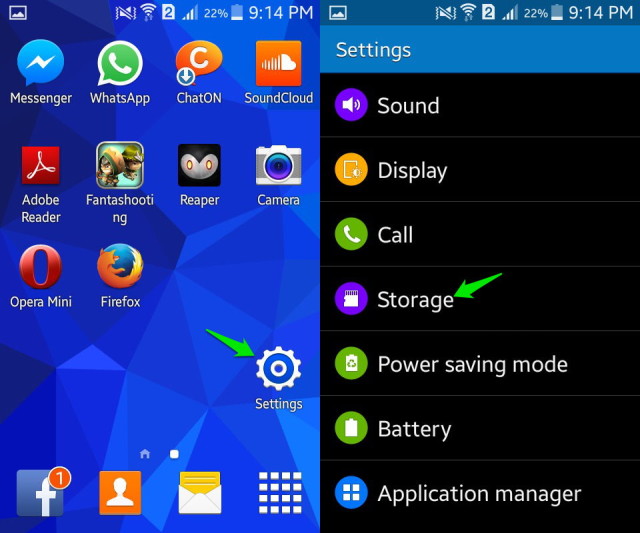 Scroll down and locate ‘Storage’ option. Tap it.

You will see an option called ‘cached data’. This is all the cached data of your device. You could also see the size of this data on the option icon. It can sometimes go above 50 MB to hundreds of MBs.

Just tap the ‘cached data’ button. You will be prompted by the phone. Tap ok and that’s it. All the app cache data will be cleared. This is one way to clear cache in Android.

Clear Web Cache of Cache for a Specific App in Android

Now let’s talk about the way to clear web cache and cache related to a specific app.

If you use Chrome browser, perhaps this app is the real cause why your Android phone is too slow. Google Chrome is a known memory hog, which takes every tab as a separate process and consumes large amounts of CPU power and RAM. Let’s see how to clear cache of Chrome in Android phone. You can also delete cache for any app using this method.

Launch Settings on your Android phone. Tap on any app for which you want to clear cache. In this case, we will tap Google Chrome.

You will see an option ‘Clear Cache’. Tap it and all the cache of chrome (or any other app) will be cleared.

That’s it. This was how to clear data in Android. Let us know in the comments in case of any questions.