Top Posts
Top innovative Cars made in America
Is It Safe to Buy in AliExpress?
What Is Usenet? Exploring The Only Unrestricted Online...
What to Do When Your Tech Start-up Is...
Three Reasons Why You Should Consider Destiny 2...
What Type of Dresses You Should Definitely Possess?
You’re Starting A Business: Have You Thought Of...
Microsoft teams up with Intel to block Cryptomining...
7 YouTubers to Help You Generate Money Easily
Will 2021 Be The Year Esports Tournaments Be...
You are here Home » Tech » Mobile » Google Employees spotted running the Android L on their Nexus 4
Mobile

Google Employees spotted running the Android L on their Nexus 4

Google Employees spotted running the Android L on their Nexus 4

The much awaited Android L OS announced to be released later this year by Google during the I/O event, has apparently been spotted by the Android Police being used by Google employees on their Nexus 4 smartphone.

This comes after some Google+ users posted having seen some Google employees posting on the Chromium forum for the code.google.com. For those who didn’t know, a Chromium forum refers to an open-source web browser project from which the source codes for Google Chrome are obtained.

As can be clearly seen from this link, one of the users is running a LRW52G build of Android in thread titled, “Change over scroll glow to Material style L.” Note that Nexus 5’s Android L build is the LRW66E.

This link shows another user stating, “With my N4 (Nexus 4) on Android L, I could open these images in the native Android Apps (Gallery/Google+ Photos) that employs the native WebP support in Android. The Android native is build with GCC over 4.6.” 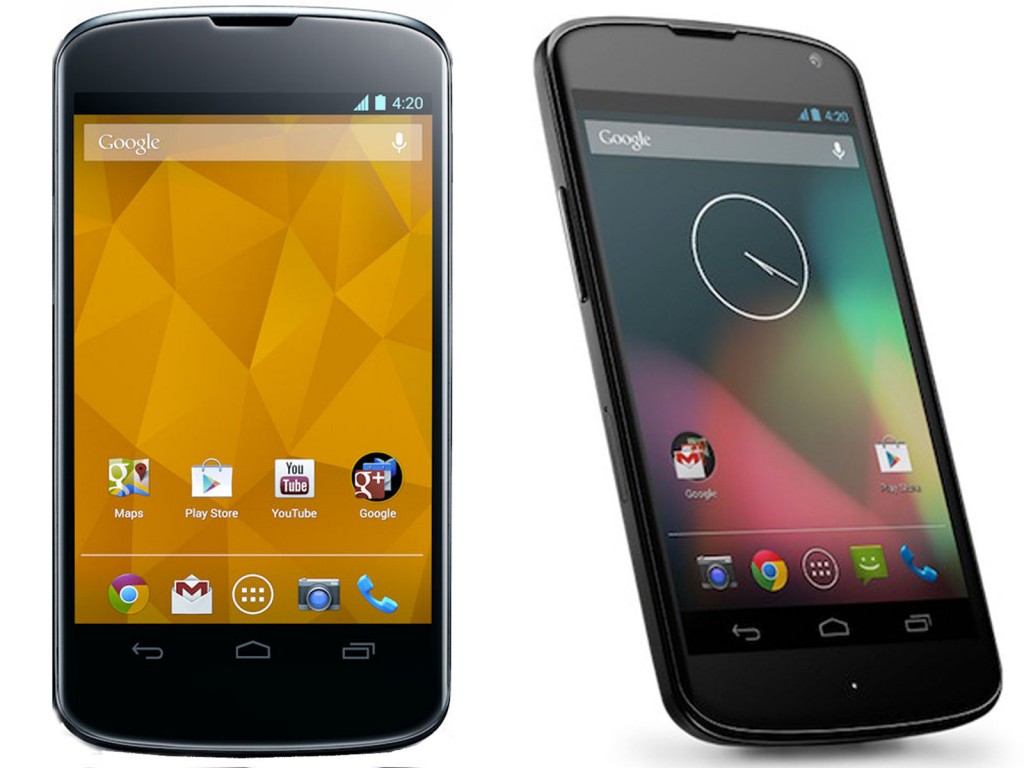 Now, for those of you who did not understand the last three (Geeky) paragraphs. The big fuss over the Android L being spotted running on the 2012’s Nexus 4, is because during Google release of the developers preview of the Android L OS. The Nexus 4 was not among the devices on which the Android L Preview SDK was demonstrated on. It is only the 2013’s Nexus 5 and Nexus 7 devices that had the Android L preview SDK.

This might be some good news and sigh of relief to all owners of the Nexus 4 smartphones. By this I mean, when Google finally releases the full version and for the commercial market, Android L, owners of Nexus 4 can also upgrade to the latest Google OS.

Related: How to install Android L Preview on Nexus 5 & Nexus 7.

It is said that Google has refreshed the entire interface design for the Android L OS, which it refers to as the new “Material Design.” The OS’s default browser, Chrome also been given impressive upgrades.

The new OS is also said to have dumped the Dalvik runtime and in its place the ART for 64-bit is fitted. This version enables apps to run faster, and the new OS addresses the RAM issue better compared to the 32-bit limit allowed. Google is also aiming at achieving longer battery life for smartphones running the Android L OS.

Useful iOS 8 Tips and Tricks You Must Know

Dr. Black’s Tips for Women Excelling in their Careers